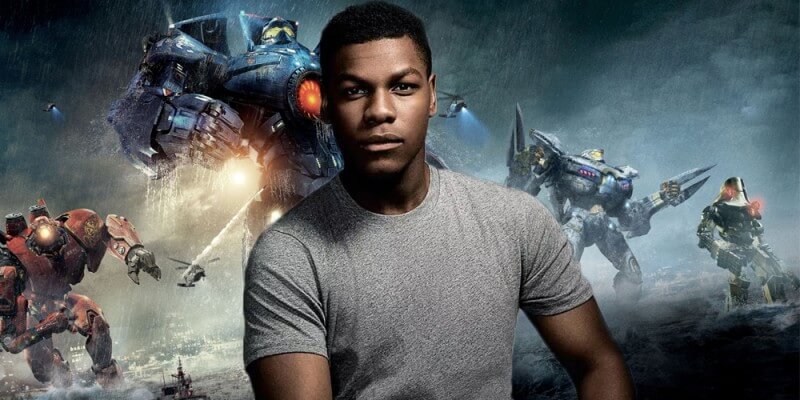 Fresh out of Star Wars: The Force Awakens, it looks like John Boyega is about to step into the epic world of robot war! That’s right: It was officially announced that the actor will star in Steven S. DeKnight’s Pacific Rim sequel — the one we all thought would never exist. Yay!

Who is this new mystery lead, you may ask? Boyega will be playing none other than the son of Idris Elba’s headstrong character from the first movie.

Variety reports that Thomas Tull, Mary Parent, Jon Jashni and Guillermo del Toro will produce the action adventure along with Boyega and Femi Oguns under their Upper Room Productions shingle. Cale Boyter will serve as the film’s executive producer.

“I am very proud and happy to welcome John into a fantastic sandbox. The ‘Pacific Rim’ universe will be reinforced with him as a leading man as it continues to be a multicultural, multi-layered world,” creator Guillermo del Toro said. “‘The World saving the world’ was our goal and I couldn’t think of a better man for the job.”

Mary Parent, Legendary’s vide chairman of worldwide production seems super-stoked to have the young, talented actor onboard: “It is undeniable that with all his talent and natural charm, John stands out amongst today’s generation of young leading men.”

The movie, based on the world created by Guillermo del Toro and Travis Beacham, will hit theaters in 2017.