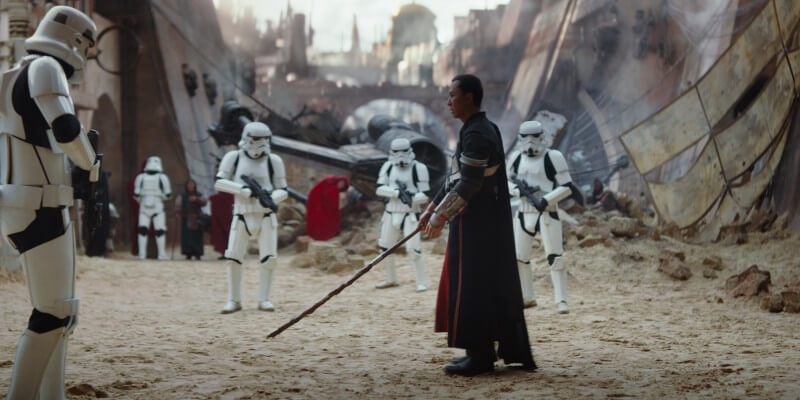 Rumors of the upcoming “Rogue One: A Star Wars Story” necessitating reshoots in order to change the overall tone of the film began swirling after the New York Post first reported it earlier this week. Now Hollywood Reporter has followed up on the original story with more info from sources confirming that several weeks of reshoots have been ordered to improve the movie.

Though pretty much any big budget action movie these days requires their fair share of reshoots for a variety of reasons, usually in order to help the story flow more smoothly, what’s been alarming about this project — the first ever stand-alone Star Wars film — is that several sources are essentially saying the same thing about how Disney studio executives have reportedly been concerned about how the new movie doesn’t have the right tone to it given that it is set in the same galaxy far, far away.

From the Hollywood Reporter:

Much of the cast and director Gareth Edwards will regroup in mid-June for another round of shooting. The move is happening after execs screened the film and felt it was tonally off with what a “classic” Star Wars movie should feel like. The pic has not yet been tested before audiences, but one source describes the cut as having the feel of a war movie.

The goal of the reshoots will be to lighten the mood, bring some levity into the story and restore a sense of fun to the adventure.

Sources say that while Edwards’ first cut was a solid showing, it didn’t measure up to the bar set in terms of four-quadrant appeal.

“Anything less than extraordinary won’t do,” says a studio insider.

While “The Force Awakens” has been (rather unjustly) criticized by some for having similar elements to the first Star Wars movie “A New Hope”, the new film is tasked with having to replicate the feel of the original 1977 film as it takes place just before Princess Leia is captured by Darth Vader with the plans that are recovered by Felicity Jones’ character and her fellow soldiers. Because the events of “Rogue One” lead right up to the beginning of “A New Hope”, it could explain why Disney studio executives are insisting the new film hits the right spots tonally.

Hollywood Reporter also floats out the possibility of Alden Ehrenreich, who was recently cast as Han Solo for another upcoming Star Wars spin off movie, now being able to join the film in a small role, though that makes little sense since Harrison Ford’s Han Solo chronologically appears just after the events of “Rogue One”.