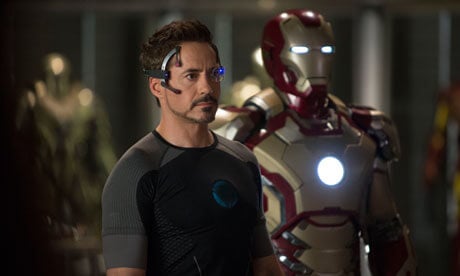 It appears that Robert Downey Jr. is having a little fun with his fans as he gets set to reprise his Iron Man role for the upcoming “Spider-Man: Homecoming” reboot from Sony and Marvel.

With the eternally youthful looking Marisa Tomei making her first appearance as Aunt May alongside Tom Holland as the new Spider-Man in the recently released “Captain America: Civil War”, some fans have been speculating that Tony Stark might watch over Peter Parker while also keeping an eye on a much younger Aunt May that we’re used to seeing in the comics and in previous Spider-Man movies.

Apparently, that’s all it took for Downey Jr. to troll hard with this rather unsettling image with the caption “Auntie May I?”, which according to ComicBook.com, is “taken from Amazing Spider-Man #592 when Peter walked in on Aunt May sharing some private time with J. Jonah Jameson Sr”.

“Spider-Man: Homecoming” arrives in theaters on July 7th, 2017. Barring any further “updates” from Downey Jr., we’ll just have to wait until then to find out what’s really brewing between Stark and Aunt May.