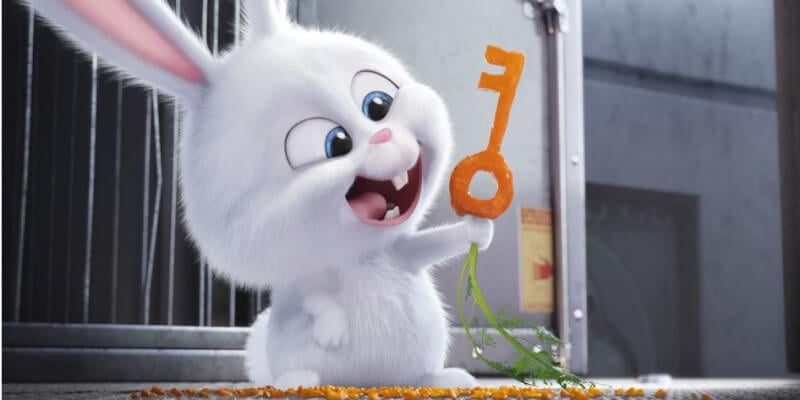 The creators of Despicable Me and Universal Studios are about to give humans a glimpse as to what happens with their pets when they are not around with The Secret Life of Pets. The light-hearted animated feature will be unleashed to the public on July 8th.

Just in time for this summertime romp, Universal Orlando has started loading the shelves with fun and furry finds from the film. Out for a walk are plush pets from the movie (simple or talking options), T-shirts, mugs, Tervis cups, and Funko Pop-Vinyl figures. About The Secret Life of Pets:

Inside of a Manhattan apartment building, a terrier named Max (Louis C.K.) starts to get neglected as a favorite pet when his owner Katie (Ellie Kemper) presents a sloppy mongrel named Duke (Eric Stone Stonestreet), obtained from a dog pound, which results in a rivalry for both of them. But they have to put their quarrels behind when a seemingly adorable white rabbit named Snowball (Kevin Hart) and his army of abandoned pets who call themselves the “Flushed Pets” – launch a criminal conspiracy to exact retaliation on all happily-owned pets and their owners. Meanwhile a Pomeranian dog named Gidget (Jenny Slate) assembles her own ragtag group of pets to track Max and Duke down. -Wikipedia

You can find additional information about The Secret Life of Pets on their website and Facebook page.