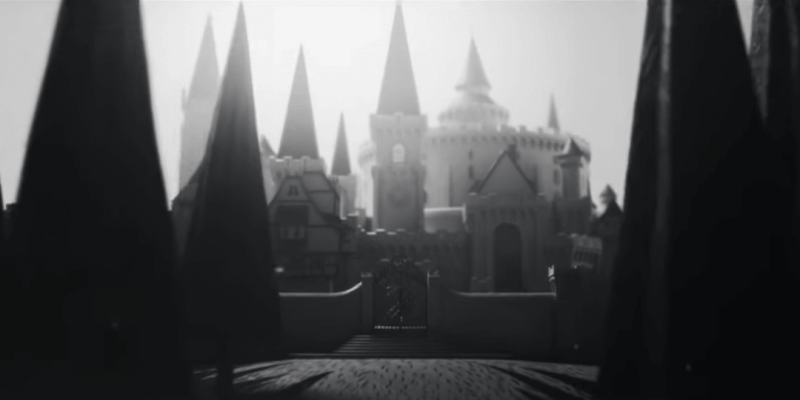 Harry Potter author J.K. Rowling has just revealed something huge for her new film Fantastic Beasts and Where to Find Them!

Frankly, I’m freaking out. I mean, I knew we’d be getting some sweet new details about the American wizarding school, but I didn’t realize we’d be getting the entire backstory! That’s right, on Pottermore right now are brand new story elements for Ilvermorny, the school primarily featured in this new era of the Potter-verse. Users will be able to uncover the full history of the school, as well as get sorted into one of the four new houses. The main crux of the story of Ilvermorny centers around Isolt, a young Irish orphan who is kidnapped by her aunt Gormlaith Gaunt — oh now why does that last name sound so familiar? Albus Dumbledore once said that the House of Gaunt was “a very ancient wizarding family noted for a vein of instability and violence that flourished through the generations due to their habit of marrying their own cousins.” Isolt and a stolen wand in her possession play an insanely important role in the founding of the school.

So what are you waiting for? Read the full story HERE and take a look at the official video (with some super-fancy animation) that invites you to come explore:

And here’s the description from Pottermore:

And without further ado, we recommend that you read ‘Ilvermorny School of Witchcraft and Wizardry’ to discover how this mysterious establishment came to be, and the lifestory of its founder, Isolt Sayre.

‘Ilvermorny’ is the second in a series of new writing by J.K. Rowling called Magic in North America, which will help us learn a little more of the history of magic in the United States before the release of Fantastic Beasts and Where to Find Them in November.

The brand new Ilvermorny Sorting Ceremony was written by J.K. Rowling herself. There are four Ilvermorny houses, named after four magical creatures:

• Horned Serpent – a ‘great horned river serpent with a jewel set into its forehead’
• Pukwudgie – ‘a short, grey-faced, large-eared creature’
• Thunderbird – a creature that ‘can create storms as it flies’
• Wampus – ‘a magical, panther-like creature that is fast, strong and almost impossible to kill’

We hope you enjoy this exciting new piece of writing by J.K. Rowling, the video and discovering your Ilvermorny house. So I’m dying to know — what’s your new house? Are you folks excited to finally dive deeper into the American wizarding school and the mysteries that lie in wait? Let me know in the comments below, and stick with ITM for all the latest and greatest news from the universe of J.K. Rowling’s imagination.