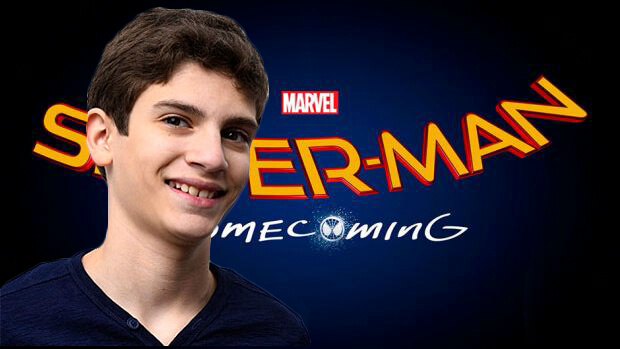 Michael Barbieri has been quite the boy-dynamo this year!

Ever since this year’s Sundance film festival, the 14-year-old actor has been turning heads. He made his presence known in the drama Little Men, and he’s also reportedly joining the upcoming Dark Tower movie as the character Timmy, playing opposite Idris Elba and Matthew McConaughey.

Now it looks like he is officially in talks to join the upcoming web slinger’s return in Sony’s Spider-Man: Homecoming.

What character will the young actor be taking on? Well, that’s anybody’s guess. Director Sean Watts is helming the film with new fan favorite Tom Holland playing everyone’s favorite neighborhood Spider-Man. Michael Keaton is currently in talks to play the film’s villain, and with Marisa Tomei set to return as Aunt May and Robert Downey Jr. as Iron Man, it looks like the new movie will be another shining example of Marvel’s ability to pack their films with star power!

Spider-Man: Homecoming looks to swing into theaters on July 7, 2017.

Comments Off on Michael Barbieri officially in talks to join Marvel’s “Spider-Man: Homecoming”