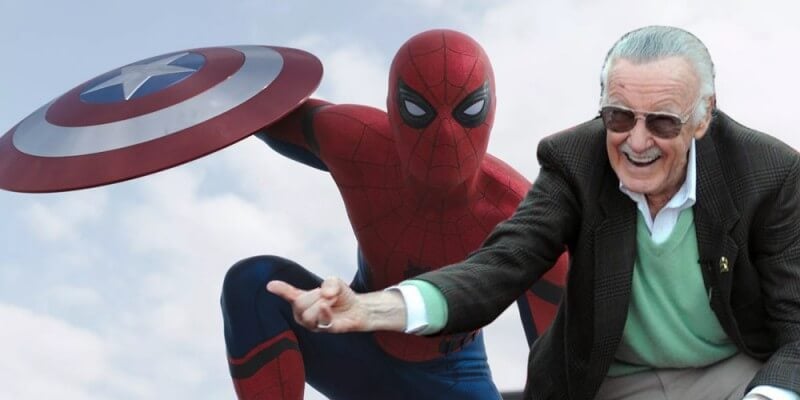 When Tom Holland stepped into the “underoos” of everybvody’s favorite neighborhood Spider-Man, fans were a house divided. That little glimpse of the webslinger just didn’t show us enough, but when Captain America: Civil War dropped into our laps (and in theaters), the feedback was resoundingly positive.

To this writer, Tom Holland is Spider-Man. He’s young, spry, cocky, and he has a lot of room to grow into the adult Spidey of more recent iterations of the character. It’s something special, and I think many would agree — at least, I know one guy who does. How about…um…the guy who created Spider-Man!?

That’s right, Stan-the-man Lee has nothing but sweet and incredible things to say about the most recent interpretation of the wall-crawler. During Denver Comic-Con, the Marvel icon dropped some love saying that Spider-Man is his absolute favorite character he’s ever created:

“Oh, he’s wonderful. I was with him the other day. He is great,” Lee said of working with Holland on Homecoming. “I can’t believe it. It’s as if we created a living being to be Spider-Man, and it turned out to be Tom.” One of the silliest and best things about Stan Lee is how he cameos in almost every single Marvel movie. Entertainment Weekly reports that he’s filmed a few cameos in movies that have yet to be released:

“Unfortunately, this will frustrate you a little; I have a favorite [cameo], but I can’t tell you what it is because it hasn’t appeared yet… I had to go [to Atlanta] to do three cameos for three movies at the same time. One of the cameos I did is for the…”

An off-stage voice suddenly cut the 93-year-old off:

“Stan, you can’t talk,” he said as the crowd erupted with boos. After a word with the unidentified man, Lee returned to his discussion. “Let me put it this way; it’s a movie that’ll come out soon. You’re going to all want to see it because it’s one of your favorites,” he said. “In that movie I have a cameo where I’m dressed up as… I won’t tell [you], but you are gonna love it.”

You can catch the full video here:

For all things Marvel Cinematic Universe stick with Inside the Magic!