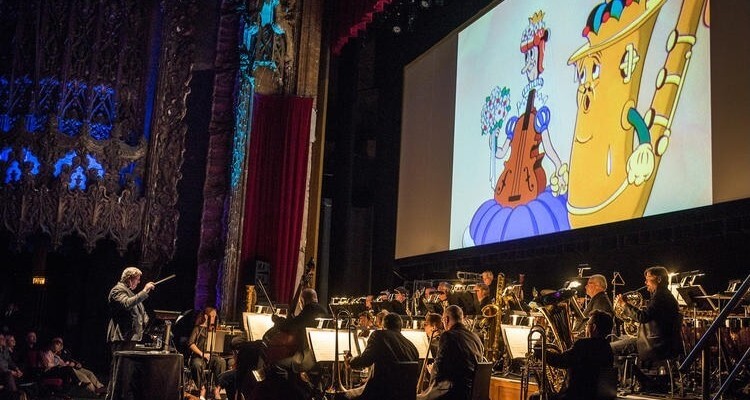 According to an extensive write-up of the event in The Los Angeles Times:

Last year, the Los Angeles Chamber Orchestra broke from a 25-year tradition of playing live accompaniment to old silent films for its annual fundraiser and instead dove into the Disney vault. The rechristened “LACO @ the Movies,” which featured eight vintage animated shorts, packed the Theatre at the Ace Hotel and marked the first time the event sold out in more than 10 years.

It was only natural, then, that LACO would return to the well of Walt. This year the ensemble will perform seven of Disney’s “Silly Symphony” shorts, restored by the studio, including the first (“The Skeleton Dance”) and the last (“The Ugly Duckling”). This time the concert will take place at downtown Los Angeles’ Orpheum Theater — built in 1926, just a couple of years before Walt Disney loosed Mickey Mouse on the world, and equipped with an old Wurlitzer organ that will be dusted off for the occasion.