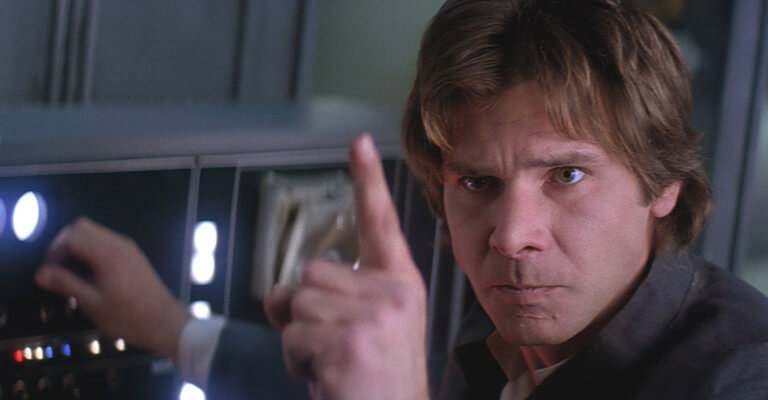 I’ve got some pretty reassuring Star Wars news for those of you who may have been a little skeptical about the upcoming spinoff film Han Solo: A Star Wars Story (tentative title). Iain McCaig, a concept artist who has has worked on both the Star Wars prequels and The Force Awakens, is hard at work conceptualizing ideas for the smuggler’s first Solo (pun intended) outing — which means he’s read the final script.

Just what does he think of this bold new effort in the Star Wars canon?

“[The Han Solo movie] has by far the best Star Wars script, and one of the best scripts period, that I have ever read,” he recently explained after being asked about the status of the movie. “I laughed, I cried, I did all the things you should do when reading a good script. You’re in for a treat.”

Thats some high praise coming from a guy who has basically been living in the Star Wars universe for a huge chunk of his career. Series veteran Lawrence Kasdan penned the screenplay with his son Jake, so it’s easy to assume the project is in amazing hands.

So what do you guys think? Does McCaig’s opinion relieve any potential worry about the movie? Let me know in the comments below and as always, stick with Inside the Magic for all the latest and greatest Star Wars news!