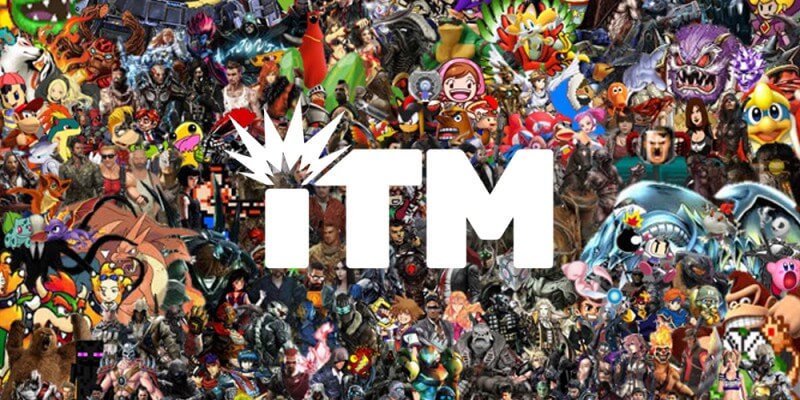 If you’ve been following us for the past few years, you know that we’re no stranger to covering video games. Maybe not all video games, but many — basically, if it involved Star Wars, Marvel, or Disney, we’d be all over it. Now, with the new ITM in full force, it’s time to kick things up a notch.

Next week we’ll be heading to the biggest video game convention in the world: E3 in California. And with that, we will be officially kicking off ITM Gaming, with full coverage of the massive event followed by increased attention on the amazing world of video games.

Yes, we’re still going to be covering all the same things that we’ve always covered (theme parks, movies, television, etc.), but we’re now throwing video games into the mix too!

Let me break it down for you with a handy-dandy Q&A:

Will you be covering all video games? Only the ones we think are awesome. The updated direction for Inside The Magic involves each of our talented writers honing in on the things that make them come alive, what they’re passionate about, and letting our amazing readers benefit from that passion. We’ll start off by scouring the E3 show floor and reporting on the coolest things we find. After the convention, video games will be a regular part of our article output.

So does that mean you’ll be covering less of the other types of content? Nope! We will still be pumping out all the latest theme park news, the greatest movie/television news, and continue to cover everything entertaining to our readers. The only difference is, we’re throwing video game news into the mix. Everybody wins, and we hope to get a completely new following from this new venture. It’s all really exciting for us.

Isn’t Inside The Magic supposed to just cover Disney? We’ve never been a strictly Disney-oriented site. Since the beginning, when it was Ricky all by his lonesome, his passion was for themed entertainment and he focused primarily on that subject. The only difference between then and now is we’ve gone from covering “themed entertainment” to “all entertainment.” Basically, if it’s FUN, it’s our thing. And we’re not covering Disney any less than before. In fact, we’re actually covering more Disney than ever! We’re just mixing in other fun as well.

Speaking of which… where is Ricky? Bringing video games into ITM was actually an idea that Ricky had long before I (Adam) stepped foot onto the team. And ever since Universal Orlando announced they were partnering with Nintendo on upcoming major projects, it all just made sense. Together Ricky and I hashed out some really spectacular video game-oriented ideas, and ITM Gaming was born. We are so stoked for this next chapter of the website.

And… what about the ITM podcast? Is it coming back? Will it include video games? We get this question more than almost any other. So here’s the best answer we can give right now: We do have plans in the pipeline to bring scheduled original content to our readers / viewers / listeners in some capacity. Whether it be a podcast, a regular YouTube show, or several different shows, we are dedicated to scratching the “podcast itch” in a professional capacity. It is indeed part of the long-term plan for the new Inside The Magic. We haven’t forgotten the incredible audience that helped launch us in the first place. We love you. Trust us. Just continue to be patient, please.

So that’s it! Stay tuned for a flurry of video game content from E3, and we can’t wait to show you the awesomeness that is the all-new ITM Gaming! Thanks for reading, and here’s to the future!

Comments Off on Grab your controllers: Inside the Magic expands gaming coverage, starting with E3 next week!