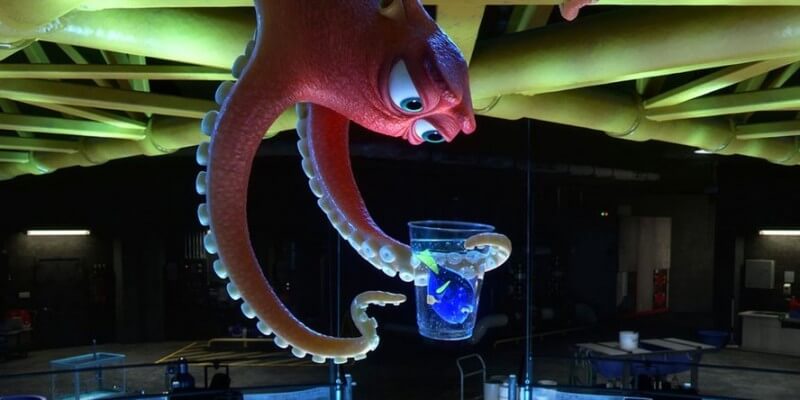 Pixar’s latest movie, Finding Dory, actually feature something that is very rare in the Pixar universe – an after credits scene. Just like with all the Marvel movies it’s very important to stay until the very end of the credits when viewing Finding Dory.

According to Hypable the studio is no stranger to including bonus footage during the credits but very rarely include anything at the very end of them. The previous films that have featured an after credit scene is Finding Nemo, Cars, Brave, and Monsters University.
This is actually only the fifth time in the studios history that they have created an after credits scene for one of its films at it’s definitely not to be missed!

Finding Dory’s after credits scene features several of the characters who appeared in Finding Nemo, mainly the Tank Gang. Last time we saw them they were truing to escape the dentist office in Australia and now we get to see what Gill, Jacques, Gurgle, Peach, Deb, Bubbles and Bloat have been up to since then.

Finding Dory opened in theaters on Friday, June 17 and made $9.2 million at the Thursday night opening box office