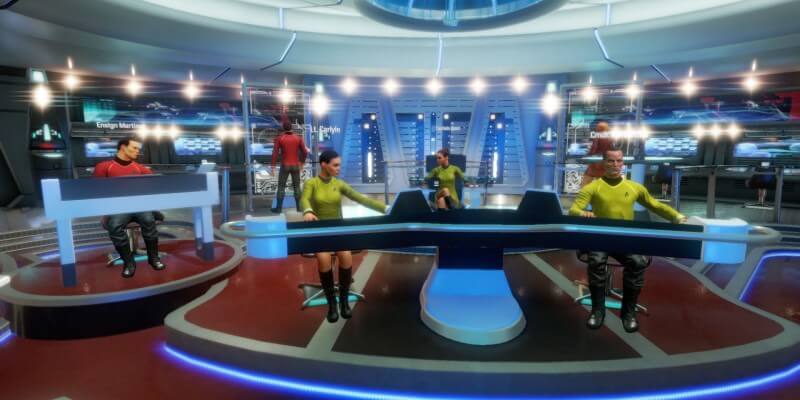 Ever since the original “Star Trek” TV series debuted almost fifty years ago, fans have been fantasizing about stepping aboard their very own Federation starship, taking a seat on the bridge, and operating the controls.

Now video game developer Ubisoft is developing an opportunity for gamers and “Star Trek” devotees alike to do just that. With “Star Trek: Bridge Crew,” players will be able to strap on a virtual reality headset and take on the role of one of four positions aboard the U.S.S. Aegis: weapons, engineering, tactician, and of course the captain.

In the trailer below, you’ll see three former “Star Trek” cast members from across several generations of the franchise try their hands at the new experience. LeVar Burton (Geordi LaForge,) Karl Urban (Leonard McCoy,) and Jeri Ryan (Seven of Nine) all express their genuine exuberance for the game demo and its many promised possibilities.

“Star Trek: Bridge Crew” will be released for Oculus Rift, the HTC Vive, and PlayStation VR this fall.

Comments Off on E3 2016: “Star Trek: Bridge Crew” VR game will put Trekkies at the helm of a Federation starship