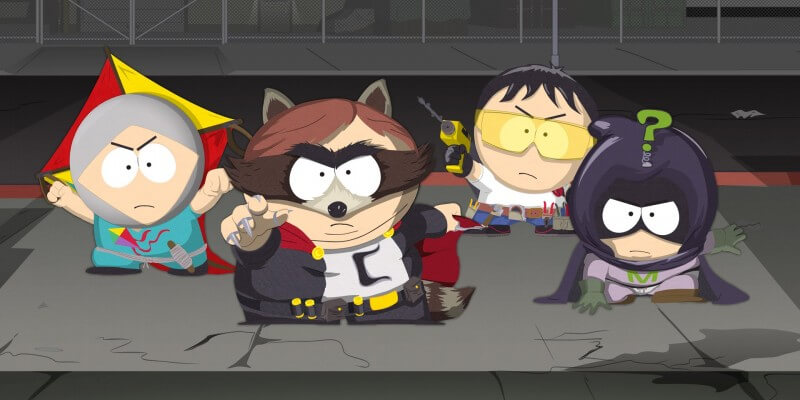 “South Park” creators Trey Parker and Matt Stone are avowed video game fanatics, but they didn’t become directly involved in the development of the games based on their own series until 2014’s “South Park: The Stick of Truth,” which became an unqualified success for publisher Ubisoft, both critically and financially.

Now the sequel to “The Stick of Truth,” the appropriately-immaturely titled “South Park: The Fractured But Whole,” sees Stan, Kyle, Cartman, Kenny and friends playing strategic superhero combat instead of the medieval-fantasy-themed role playing featured in the first game.

The new trailer for “The Fractured But Whole,” which debuted today at E3 2016 in Los Angeles, is a hilarious spoof on the release structure of the Marvel Cinematic Universe, and even includes digs at both DC Comics movies and “Star Wars: The Force Awakens.”

“South Park: The Fractured But Whole” will be released by Ubisoft on December 6th for XBox One, PlayStation 4, and PC.