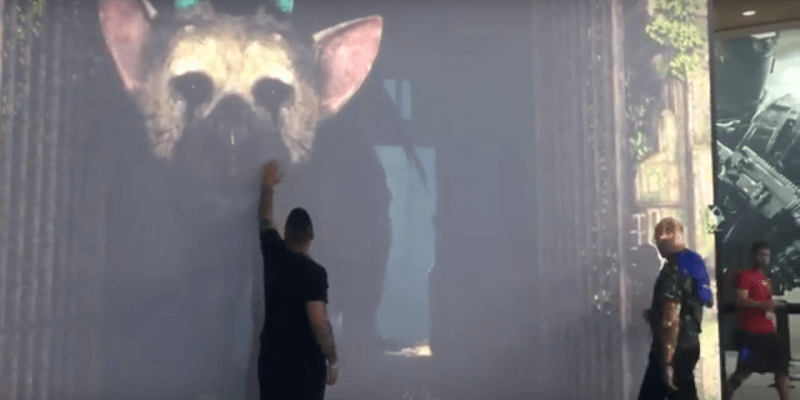 After years and years (and years) of waiting, gamers will finally get to play The Last Guardian when it drops exclusively for the Playstation 4 on October 25, 2016.

So it goes without saying, the game about a boy and his giant creature has made a giant splash at E3 2016 but I wasn’t prepared for the awesomeness of what Sony Interactive Entertainment had in store for us on the show floor. There was a giant screen set up with a projection of the game’s massive guardian, and guests have the ability to interact with him by petting him (complete with adorable nuzzles), fussing around with a small barrel, or scaring him with a magic mirror. It has to be seen to be believed.

Check it out in the full video below:

Crazy, right? Wouldn’t it be cool if things like this existed in modern theme parks? Either way, I hope to see more of this kind of thing in the future. Let me know what you think about it in the comments below, and stick with ITM for all of the coolest and neatest video game technology news!