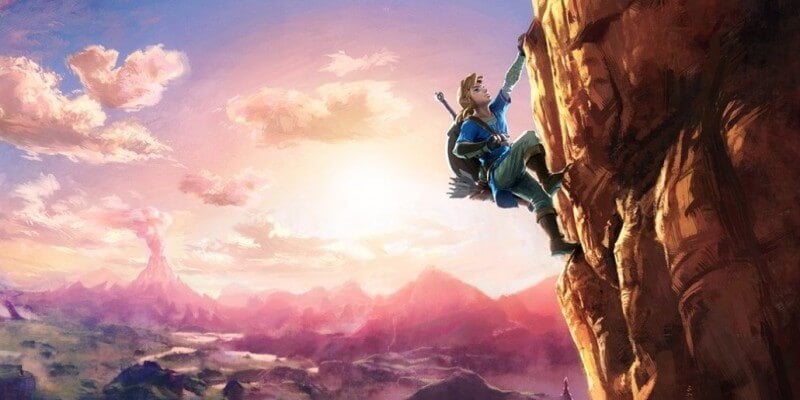 Besides the iconic “Super Mario Bros.,” there is perhaps no more famous and universally popular home video game franchise than “The Legend of Zelda.” The series has been going strong for over thirty years, and fans always eagerly await the next installment that tends to accompany each new generation of Nintendo consoles.

This time around Nintendo is dual releasing a brand-new “Zelda” game for both its Wii U and next-gen NX system, due to be released in 2017. The game is sure to incorporate a wide variety of impressive enemies, gorgeous landscapes, and new abilities for our beloved protagonist Link.

This week, in preparation for the company’s big presentation at E3 2016 tomorrow, Nintendo released a pair of concept art images that show off Link’s brand-new rock-climbing skill, as well as his continued proficiency for horseback archery.

It’s worth noting that the famously left-handed Link now appears to be a righty, a curiosity that has only occurred once before, in the Wii version of “Twilight Princess,” when the entire game’s map was swapped to account for the Wii motion controller’s right-handed sword-fighting function.

We’ll be learning much more about “The Legend of Zelda” from E3 tomorrow, but for now it’s very exciting to be able to look forward to an all-new state-of-the-art adventure in the mystical land of Hyrule.