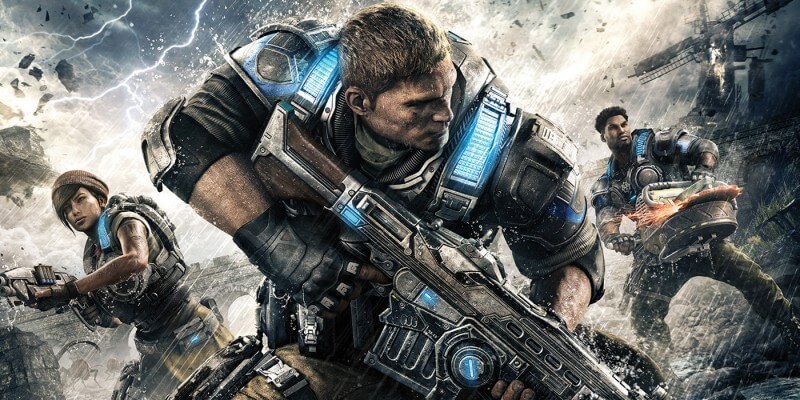 Today, I got the chance to preview a brand new demo of Gears of War 4 that was not the stage demo unveiled at the Microsoft press conference the other day. Unfortunately, no filming or still photography was allowed during the demo. This particular sequence included a trek through a dilapidated town and the invasion of hordes of fleshy Locust-like baddies. The whole thing was insanely detailed, beautifully (sometimes hilariously) scripted, and the graphics were smooth as silk.

And that’s largely because the version I saw was being played on Windows 10 on a 4k television *fans self*. See, Gears of War 4 supports cross-play co-op and players who buy the game on Xbox One will also be able to download a version on PC. So one friend can play on Xbox One, while you #PCMasterRace it up on your sweet, sweet rig!

You can check out the full stage demo from the Microsoft press conference here:

Kinda pretty, right?…Oh who am I kidding? It’s beautiful. And it looks like series hero Marcus Fenix will be making a triumphant return to the franchise. No matter what though, you can’t deny that this is a natural, smooth evolution of the classic Gears formula. We’ll have full feedback for you when the game hits shelves on October 11th, 2016!

So what do you folks think? Are you stoked to dive back into the gored-up world of Gears of War? Let me know what you think in the comments below, and stick with ITM for everything Gears of War 4!

Comments Off on E3 2016: “Gears of War 4” reinvigorates the franchise with a perfect upgrade to a tried-and-true formula