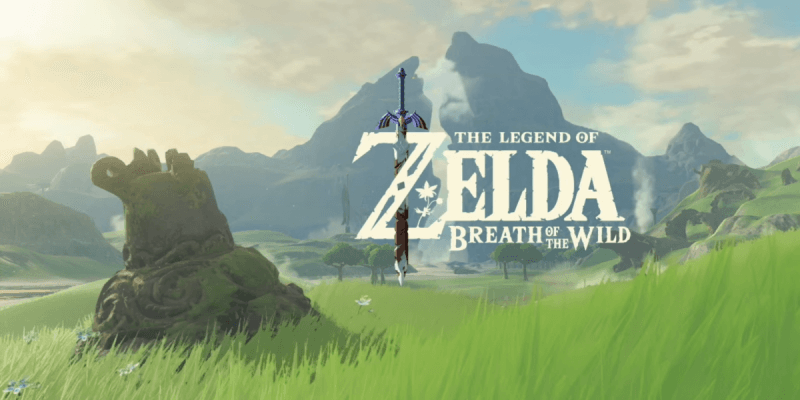 If there’s one video game that’s been on everybody’s mouth and mind over the last couple of days at E3 2016, it’s been The Legend of Zelda: Breath of the Wild.

From the expansive world, to the all new, very deep styles of gameplay, this is shaping up to be the largest and most detailed entry in the franchise. I had a chance to play the exclusive demo at E3 2016, and I have to say, it did not disappoint. The first demo featured a piece of the beginning of the game, and Link almost immediately had a weapon. This is fantastic, as it thrusts the gamer into the action almost instantly.

It seems that the game begins with Link waking up in some kind of an eerie resurrection chamber — from what I gathered, he has been asleep for a very, very long time. A voice tells him that “the light must shine upon Hyrule once more,” and you’re off to adventure!

Here are some of the highlights of my demo experience:

The world is HUGE.

Out of the two E3 demos that I played, it was explained to me by my personal Nintendo representative that the area I traversed takes up only 1% of the game. If you need a comparison, the games map is actually 12 times the size of the massive land in The Legend of Zelda: Twilight Princess and features swaying grass, vibrant, painterly landmasses, and tons of space to explore — even by sea. So if you were looking for a Zelda game that truly feels like you are on an epic, expansive adventure, Breath of the Wild will definitely scratch the itch. 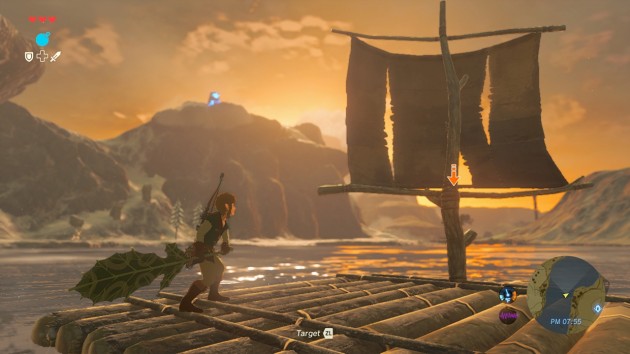 “Shrines” are all over the place

While I didn’t have a chance to play any dungeons in either of the demos, I had the opportunity to bust into a shrine for a little inside exploration. Shrines are basically tiny dungeons that contain puzzles for rewards. They are just about as beautifully and lovingly crafted as anything else in the game, and serve as a great contrast to the lush, green world that I traversed in the demos. I was told that there are about 100 shrines in the game, and they will serve as fast travel points. Without a doubt, shrines add yet another level of wonder and exploration to the world of The Legend of Zelda: Breath of the Wild. 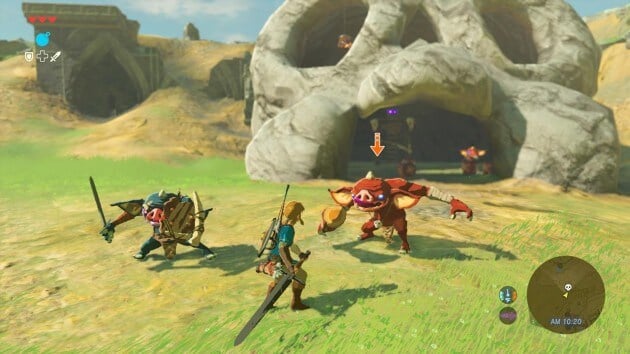 There isn’t a whole lot of Wii-U-centric gimmickry. And that’s a good thing.

One thing worth noting is the fact that Nintendo isn’t relying heavily on motion controls or Wii U GamePad support to “enhance” the gameplay experience. While the game can be played with that particular controller, the only real support is the ability to move your game play screen to the screen on the controller, and back again. This makes complete sense, considering the game is being built with both the Wii-U and Nintendo’s new console, the NX, in mind. 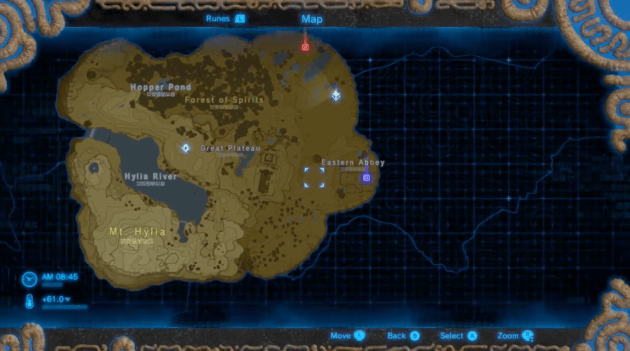 That’s right, with the simple press of a button, Link can finally jump all over the place at will. Gone are the days of running up to the edge of a ledge and simply assuming that your character will jump in the direction you are headed. Granted, that style of play wasn’t necessarily bad, and had been a staple of the franchise for years, but it’s definitely time for our hero (of time) to be a little more free with his movement — especially in a game with so many options and places to go. Not only can Link finally jump, but… 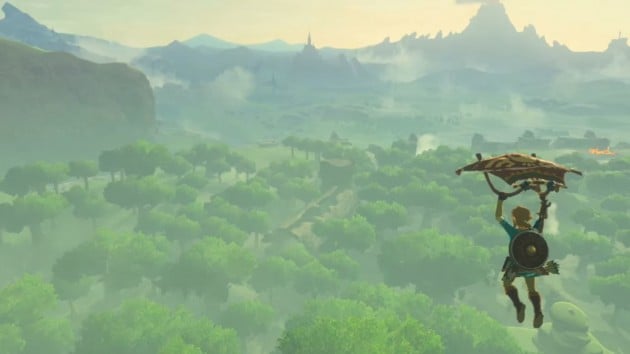 As long as you have the stamina available, Link can now climb up most surfaces. Whether it be buildings, the side of a cliff, or trees, the freedom of this massive game now extends vertically. The steeper the surface, the quicker your stamina gauge depletes, so gamers would take heed to watch that thing at all times. Granted, this game is all about your personal statistics, and opportunities to upgrade that stamina gauge will apparently be made available throughout the game. And knowing the folks over at Nintendo, climbing will play a large part of traversing dungeons. I can’t wait to see how they use the mechanic. 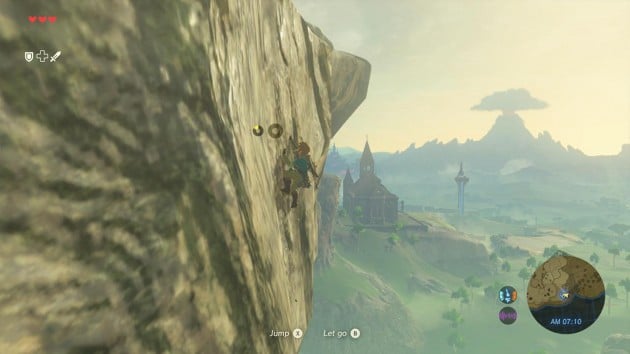 The devil is in the details

For the first time in any Zelda game, most of the things you own, maybe all of them, are governed by stats and gauges. The player will constantly be checking the breakable state of their weaponry, cooking various types of food to replenish their health (there are no heart pickups), and even using some of that food to boost your speed for a little while. Every second of real life time is a minute in the world of Breath of the Wild, and as with most of the 3D Zelda games, nighttime brings new adventures and new terrors. But don’t worry about being bogged down by a massive amount of customization and banal tasks: what I played felt very balanced, and those tasks did not take away from the gameplay, but just felt like another way to immerse yourself in the world around you.

While we’re on the subject of details, it’s very important to pay attention to Link’s body temperature. You might traverse an icy tundra, and you will see his gauge drop into the blue. You can then equip a different outfit to warm him up and fix the problem. Again, just another level of immersion and keeping tabs on your character. It’s not nearly as annoying as it sounds. Players will have a lot of fun looting dungeons and enemies to stumble upon the next best outfit with higher “cold resistance” stats. Temperature plays a huge part in how you manage both your character and where you choose to explore, and when. 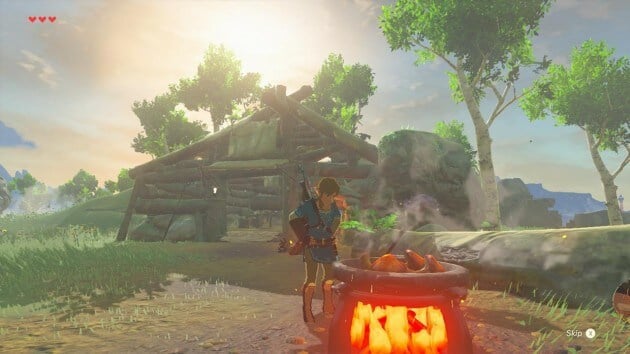 Get stealthy and sneak up on enemies

One interesting detail is that Link now has the ability to crouch into a sort of stealth mode that allows him to sneak up on any encampments and take out baddies quickly. This, and a few other aspects of the game that use the environment-tiered vantage, allow for completing objectives and eliminating enemies in a variety of creative ways. 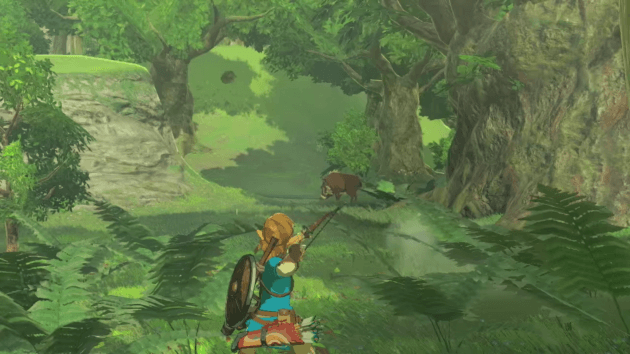 Without a doubt, The Legend of Zelda: Breath of the Wild is easily the most drastic upgrade in the franchise’s history, and if what I played and explored is only a small chunk of the actual gameplay world, we are all in for a treat when it hits shelves in 2017. But I want to know what you think: What are you guys most looking forward to in the new Hyrule? Let me know what you think in the comments below, and stick with ITM for all of the coolest game news from E3 2016!

And, in case you missed it, here’s the official trailer from Nintendo:

Comments Off on E3 2016: Everything you need to know about “The Legend of Zelda: Breath of the Wild” right now