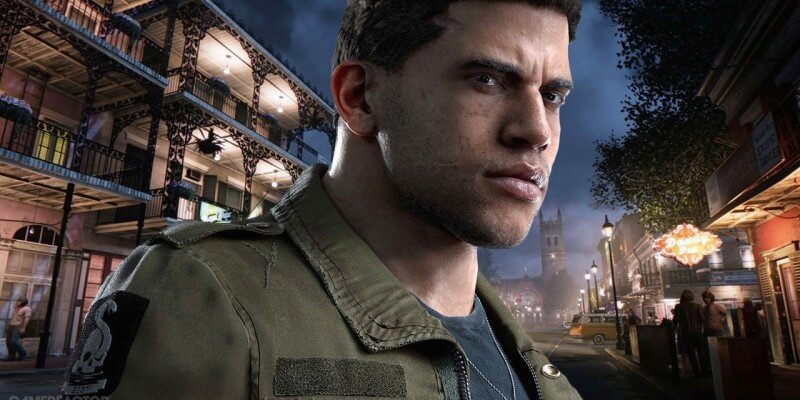 Heads up: This article covers a mature-rated video game with mature themes, and it may be covered…maturely.

As my E3 2016 adventure winds down, one game totally stole the show for me. A game that most certainly takes the word “ambition” to the next level: Mafia III.

For those unfamiliar with the series, the Mafia franchise has been attempting to be the closest thing you’ll get to a Goodfellas video game for years. Wiseguys, tommy guns, and die-hard family values take center stage in a series of experiences that could only be compared to open-world crime games like Grand Theft Auto. Unfortunately these games, while fun, have always fallen short of the grandeur and game-changing ambition that makes Rockstar’s GTA franchise such a staple in the industry.

Mafia III is about to change all of that. Taking place across ten massive districts of the New Orleans area, Mafia III stars Lincoln Clay, a man out for revenge. You see, the Italian mob has taken over “Nawlins” and have basically made his life a living hell. The drama amps up, and you’re released into a diverse and vibrant world filled with shady personalities and all the culture of 1968 America.

No photo or video was allowed during the extended demo I saw at E3, but here are some of the highlights of my time inside the world of Mafia III‘s insane world:

The world is massive

As I stated before, Mafia III‘s New Orleans is made up of ten districts, all of which Lincoln is trying to take back from the Italian mob. Each of these districts are made up of varying degrees of crime activity, ranging from the party-hard streets of the French Quarter, to the heroin smuggling swamp and bayou areas. Each area contains it’s own life and personality, and all of it feels rife with living, breathing people. Developer Hangar 13 really went out of their way to ensure that every moment you spend in this New Orleans feels alive and cinematic in every possible way. It has to be seen to be believed.

And incredibly important part of the world building going on here though is the vibe. Sex and drugs are everywhere, racism is rampant in the streets, and there’s a really dark soul to Mafia III that other games have only touched upon. Given the events of the world today, it’s refreshing to see a group of story tellers craft a universe that has something truly important to say on the issue of diversity. While that is only a fraction of the tale this game has to tell, it’s most certainly worth noting. We can learn a lot about the future by looking at the past. The gameplay is sleek, smooth, and brutal

The previous games in the Mafia franchise were mostly cover-based shooters but never really served to separate themselves from other games on the market. In Mafia III, it’s more about the variety of options that the player has at their disposal to complete each task. You can stealthily go in and take out your enemies, or you can run in guns blazing. It’s entirely up to you.

There’s also a mobile gun dealer that can arrive anywhere in a van to prep you for whatever oncoming mission you’re about to face. Weapons are chosen from a circle menu, as are your ability to call in allies from various areas of the crime syndicates permeating the area. Close-quarters weapon takedowns are gory and brutal, and the demo we saw had Lincoln unsheathing Molotov cocktails practically out of his pocket — they want you to cause some serious damage. Missions are varied and super-dark The demo held nothing back

The story point we saw in the presentation involved Lincoln taking over a riverboat run by a guy named Uncle Lou, who runs the French quarter and is brother to Sal Marcano of the Italian mob — from what I gather, he’s the big bad guy of the game. Lincoln ended up crashing the boat into the side of a nearby pier, causing fire and destruction all over the place. People were screaming and panicking, some falling over the side of the boat and being eaten alive by alligators. It was insane. Basically, Lincoln thought his way through the Berning boat taking out guards and making his way up to where uncle Lou was held. The boat exploded, and the two went careening off the side of the riverboat into the swamp. Cut to Lincoln waking up with a face full of mud as Uncle Lou was running and shooting his way through the swamp to get away as fast as humanly possible. Slowly and with purpose, the player controls Lincoln as he creeps through the water, around foliage, and finally up to Lou, putting a knife to his neck, and telling him that he’s going to use him to send a message to his brother.

In the next scene, we see a dead and disrobed Lou tied to a statue on Sal’s lawn, with a sign written in blood around his nexk that reads “Re-Elect Mayor Jacobs”. This game doesn’t mess around.

Fans of Mafia II will be excited to know that an older Vito Scaletta makes a return as one of Lincoln’s allies in the fight to take over New Orleans. It’s unclear what kind of a role he actually plays, but he definitely brings a flavor of the Italian mob to your disposal. More on Lincoln’s companions as details are released. Without a doubt, it looks like Mafia III will be a worthy addition to the open world genre, and raise the bar for everything we thought a crime drama should be in the world of interactive entertainment. The game releases on October 7, 2016 for PC, Mac, Playstation 4, and Xbox One.

In the meantime, stick with ITM for everything fun and awesome!