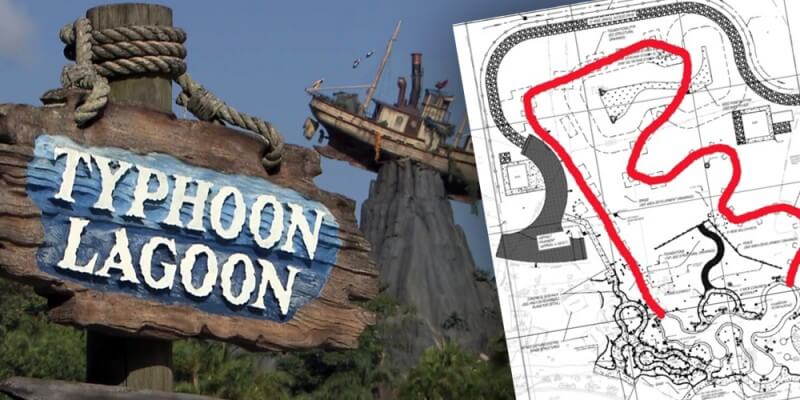 For the first time in over a decade, it looks like Disney’s Typhoon Lagoon water park at Walt Disney World is getting an all-new family slide. The plans show the new slide is being installed west of Crush N Gusher slide and looks to be surrounded by new guest areas. It’s speculated to be completed in time for summer 2017.

From the Orlando Business Journal:

The theme park giant’s plans include the “construction of new guest areas, including a water feature. Sidewalks and landscaped areas will be provided for guest access,” according to state records. “The project under consideration is a new family raft ride that is to be located west of the Crush N Gusher ride,” said an engineering document included with the plans.

Other details indicate the water ride would include an “elevated flume/track” and be supported by columns. Geographically, the new addition would be located at the northern-most portion of the park, which is currently just backstage operations space.

There’s no clear timeline included with the documents, but it’s possible the attraction would be ready sometime in 2017. This upcoming summer season may be too soon, and the water parks generally begin to pull back on operations as the winter months near.

Check out the plans below: So what do you guys think? Are you ready for an all-new waterslide at Typhoon Lagoon? Let me know what you think in the comments below!