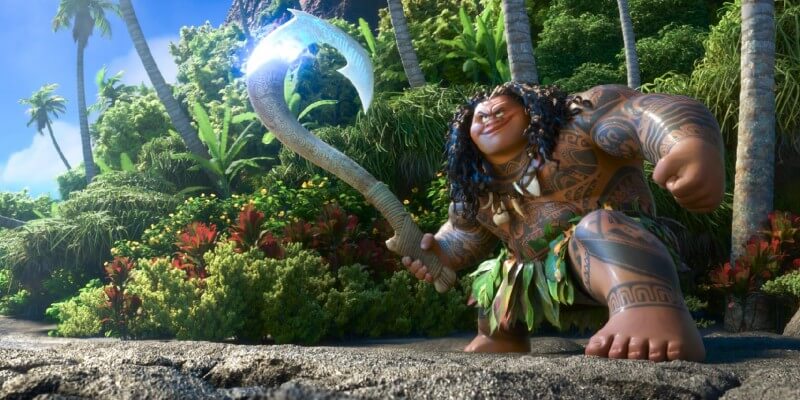 Anticipation for “Moana”, the new film from Walt Disney Animation Studios, has been steadily building over the past year. Just last week, star Dwayne “The Rock” Johnson shared the first movie poster and now Disney has released the first U.S. teaser trailer for the movie!

Newcomer Auli’i Cravalho will voice the titular character with Johnson voicing the demigod Maui. In the trailer, we get to know Maui’s backstory (as told by Maui himself) and get a taste for his considerable powers, including shape-shifting and the parting of water. Though we only briefly see Moana this time around, the next trailer may possibly feature her character more along with two curious companions — a piglet and a rather odd looking rooster.

From Walt Disney Animation Studios comes “Moana,” a sweeping, CG-animated feature film about an adventurous teenager who sails out on a daring mission to save her people. During her journey, Moana (voice of Auli’i Cravalho) meets the once-mighty demigod Maui (voice of Dwayne Johnson), who guides her in her quest to become a master wayfinder. Together, they sail across the open ocean on an action-packed voyage, encountering enormous monsters and impossible odds, and along the way, Moana fulfills the ancient quest of her ancestors and discovers the one thing she’s always sought: her own identity. Directed by the renowned filmmaking team of Ron Clements and John Musker (“The Little Mermaid,” “Aladdin,” “The Princess & the Frog”) and produced by Osnat Shurer (“Lifted,” “One Man Band”).