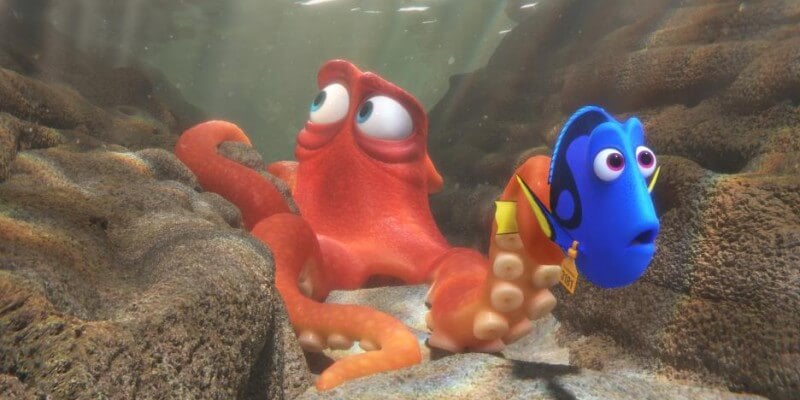 Disney is offering a new way for blind and low-vision fans to enjoy “Finding Dory” in the movie theaters by utilizing groundbreaking technology in their Disney Movies Anywhere mobile app.

Hailing the new service as a breakthrough in independent moviegoing, the app uses smart-syncing audio description to provide users with a free audio description that “elegantly narrates important on-screen action for those who can’t always follow along visually.”

Users can listen to the track by using an iPhone or iPad and headphones in conjunction with the app as the movie plays. Disney first introduced this feature four months ago on the DMA app, but the release of “Finding Dory” today marks the first time it is being used in movie theaters nationwide.

More than 21 million people in the United States are blind or visually impaired. While all feature films include a track for the blindness community, until now, these tracks have been accessible only by utilizing special gear provided by a limited number of individual theaters. The DMA app, downloaded via iTunes onto an iPhone® or iPad® running iOS 7 or above, accesses the mobile device’s microphone to “listen” to the big-screen presentation and syncs the audio descriptions accordingly so users can hear both the descriptive narrative and the film’s original audio. Pixar has invited members of the visually impaired community to focus group screenings for more than eight years in an effort to craft the narration in the most effective and enjoyable manner possible.

Earlier this week, FCC chairman Tom Wheeler included Disney Movies Anywhere among five winners of its Advancement in Accessibility Award, which recognizes achievements in communications technology for those with disabilities.

“Finding Dory” is the 17th Disney•Pixar film to feature the complimentary audio accessibility via the DMA app, which is currently only available in the U.S. Audio synchronization technology is provided by Audible Magic.