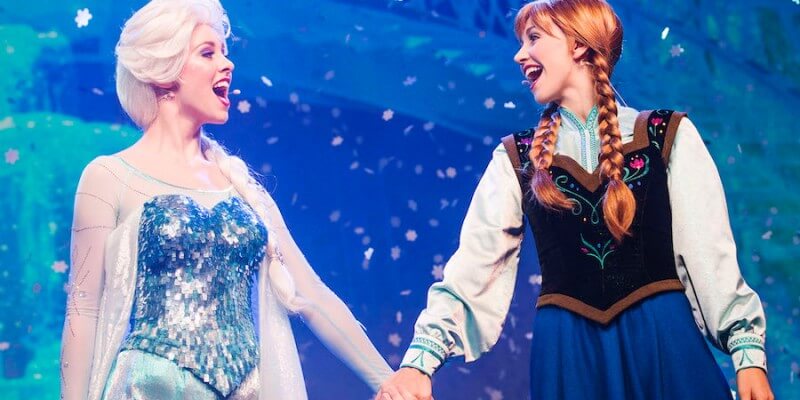 Frozen fever is still alive and well with the news that Disney is planning its third Frozen stage production, this time exclusively for the Disney Cruise Line.

Playbill is reporting that rehearsals are scheduled to begin in Toronto at the end of the summer with Sheryl Kaller, the Tony-nominated director of Next Fall, choreographer Joshua Prince (Beautiful, Shrek) and artistic and production editor Ed Whitlow attached to the production.

Further info on the upcoming production can be found on a casting notice, with “a repertory company of 19 performers to portray roles in each of our musical theatre style productions.”

The breakdown of each character is listed as follows:

According to Playbill, the Broadway-bound musical production is expected to make a spring 2017 debut in Denver with a Broadway premiere in 2018. “Frozen – Live at the Hyperion” began performances May 27 at Disney California Adventure.

No word yet on when the new production hits the high seas.