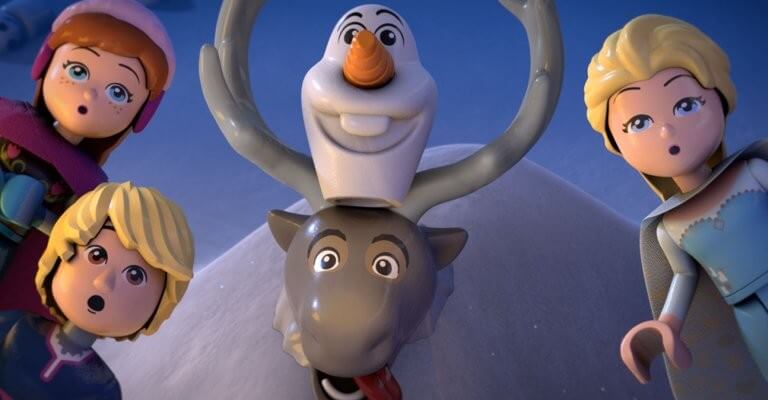 According to the Hollywood Reporter Disney Channel and Lego Group has teamed up to release four new animated shorts starring the Frozen characters in exciting new adventures.The original voice actors from the film will be reprising their roles and the short will debut on the Disney Channel in the fall.

In the new short movies, called “Disney Frozen Northern Lights”, we will follow Anna, Elsa, Olaf, Kristoff and Sven on an epic adventure to restore the glimmer of the Northern Lights. A new cute character called Little Rock will also be introduced.

Before the release of the animated shorts on the Disney Channel the story will be published as a deluxe novelization in July, ahead of an extended collection of books.