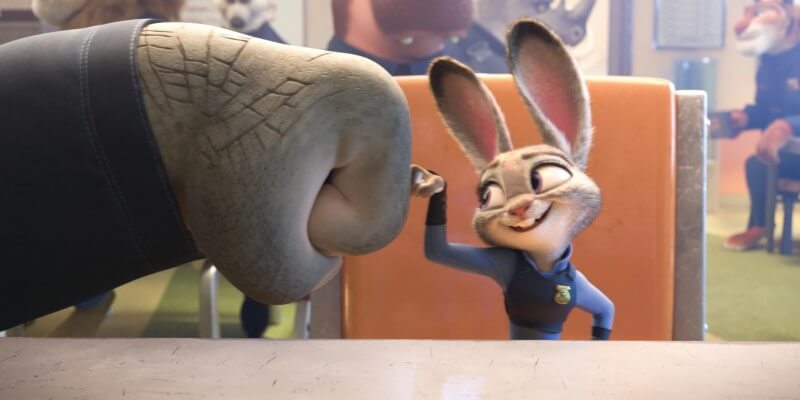 “Zootopia” has been a global smash since it was released on March 4 and now Disney has announced that the movie has crossed the $1 billion dollar mark at the box office.

The movie, which was a hit with both fans and critics, joins “Star Wars: The Force Awakens” as the second billion-dollar release of 2016 and its 11th overall. Additionally, it becomes just the fourth animated movie ever to reach that total at the box office and ranks second globally behind only “Frozen”. The news comes just a day before it’s set to be released on Digital HD, DVD and Blu-ray.

As of June 5, Zootopia has grossed $337.2M domestically and $663.5M internationally for a global total of $1,000.7M. With a resounding 98% Fresh RottenTomatoes score, Zootopia has been universally embraced by audiences. It earned an A CinemaScore from domestic audiences and spent three weeks at #1 following its $75 million debut – the highest ever three-day opening for Disney Animation and the biggest animated opening ever in the month of March. It remained in the top 10 domestically for 13 weeks. In China, Zootopia is the highest grossing animated film of all time and Disney’s biggest release ever there, while in Russia it is the second biggest industry release ever behind only Avatar.

Zootopia is the latest in a string of major critical and commercial successes from Walt Disney Animation Studios, beginning in 2010 withTangled ($594M) and including Wreck-It Ralph ($478M), Big Hero 6 ($658M), and of course 2013’s Frozen ($1.277B). These five films boast average RottenTomatoes scores of 91% and have brought in $4 billion in combined global box office.

“Zootopia” will be released on Blu-ray, DVD, and Digital HD on June 7.