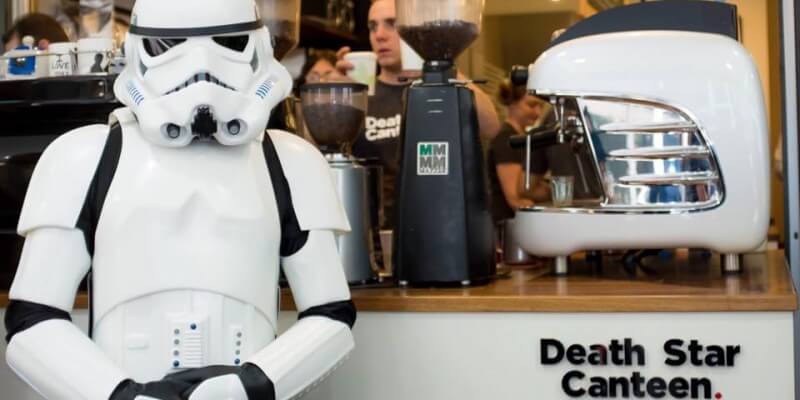 The canteen is based on the infamous Death Star Canteen bit by Eddie Izzard and even features the dark lord’s favorite,  penne arrabbiata.  The comedy bit first appeared in Izzard’s 2000 comedy tour ‘Circle’.  The belief that there HAD to be a place to get food on the Death Star was further immortalized in Lego style.

(Watch at your own discretion – adult language)

The routine was so popular with fans that, in 2014, a sequel bit was introduced. Star Wars fans, Imperial officers, members of the Rebel Alliance (or anyone else) living in the United States (or any other part of the Northern Hemisphere) may have to travel a bit to visit the Death Star Canteen, as it is practically in a galaxy far, far away – also known as Brisbane, Australia.  Until hyperspace travel is perfected, there is the World Wide Web and Facebook, where anyone with an Internet connection can drop in (hopefully they won’t have share their pasta or worry about food tray death match).