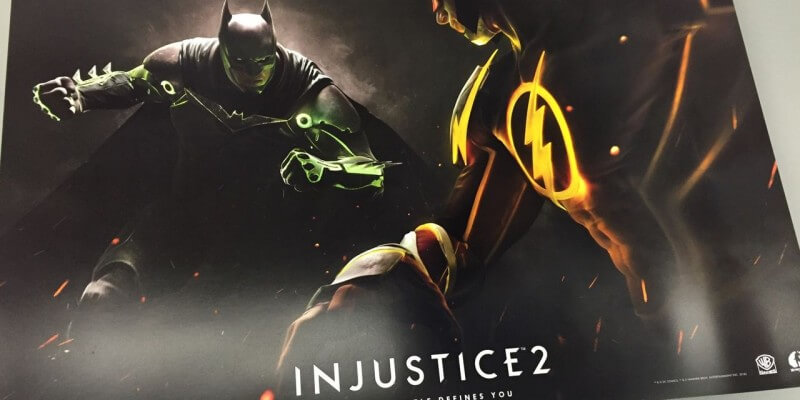 “Every battle defines you.”

That’s the phrase etched across the bottom of a leaked promotional poster for none other than the sequel for the smash-hit fighting game that took the world by storm, Injustice. The tip was sent along to Polygon, and it makes perfect sense given the fact that E3 2016 is next week.

Check out the poster here: For those who don’t know, Injustice is a fighting game created by Moral Kombat developers NetherRealm Studios and directed by series creator Ed Boon. The story centers around the DC Superheroes facing off in an alternate universe where good guys are bad guys, and vice versa. It’s an absolute blast to play, and I have no doubt that the sequel is going to rock faces.

If the reveal happens at E3, you’d better believe we’ll be the first to jump on that information and share it with all of you. In the meantime, what would you like to see from Injustice 2? Let me know what you think in the comments below!