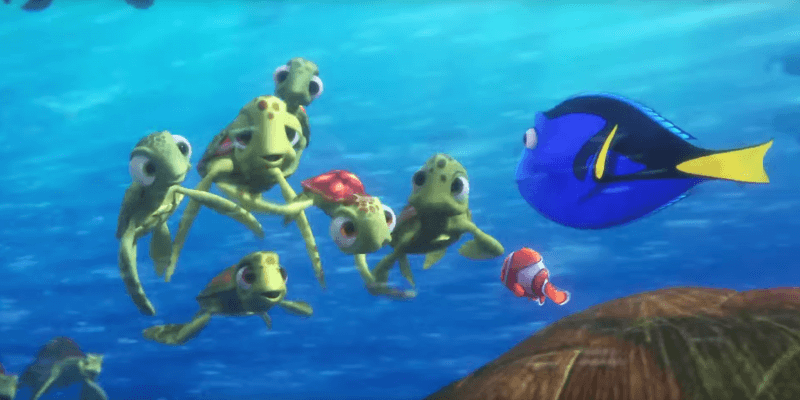 Finding Nemo fans are about to get a face-full of newness!

Walt Disney Studios and Pixar Animation has released two all-new clips from their new full-length animated feature, Finding Dory. Fans have been clamoring for a sequel to 2013’s Finding Nemo for good while now, and the release is finally upon us! Hopefully these clips scratch the itch.

In the first clip, the gang reunites with everybody’s favorite group of turtles for a bro-tastic conversation:

Disney•Pixar’s “Finding Dory” reunites everyone’s favorite forgetful blue tang, Dory, with her friends Nemo and Marlin on a search for answers about her past. What can she remember? Who are her parents? And where did she learn to speak Whale? Directed by Andrew Stanton (“Finding Nemo,” “WALL•E”) and produced by Lindsey Collins (co-producer “WALL•E”).

Finding Dory swims into theaters June 17, and in the meantime, stick with Inside the Magic for all your Disney needs!