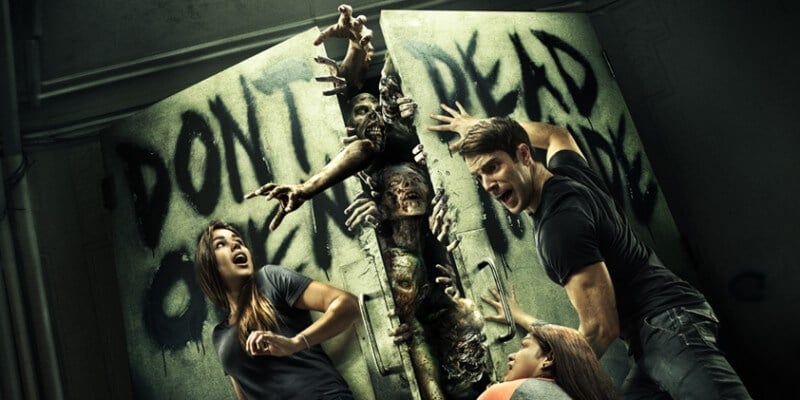 Those who wish to be devoured by zombies and experience the “Walking Dead” for real need only wait a few more weeks.

Universal Studios Hollywood has revealed that their brand-new attraction based on The Walking Dead will be officially opening up on July 4.

As part of this exciting announcement, Universal Studios Hollywood is revealing its first image and behind-the-scenes look into the making of its new permanent walk-through attraction based on AMC’s record-breaking television series, featuring Greg Nicotero, executive producer and director of “The Walking Dead.”

See how special effects master helped bring the show’s post-apocalyptic world to life for an experience that’s sure to follow you home.