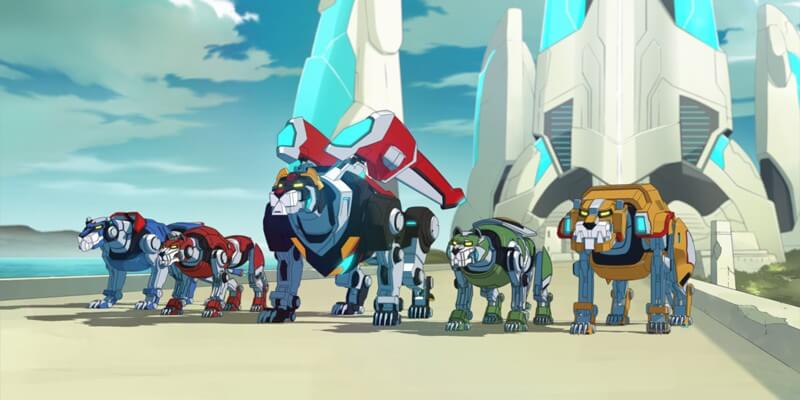 Calling all 80s kids: remember “Voltron?” The syndicated cartoon series about a giant robot made from the combination of five smaller lion-shaped robots (each piloted by a different human member of the Voltron team) ran from 1984-85, and had a pretty sweet toy line to go with it.

Although the original show was actually cobbled together from clips of two different Japanese anime series, American children of a certain age still have fond nostalgia for the franchise, so it was bound to get a contemporary reboot at some point. Now Dreamworks Animation has taken up that mantle and will debut the new, wholly original series “Voltron: Legacy Defender” on Netflix next month.

The show will make its Netflix debut on June 10th with an hour-long premiere and 22 half-hour episodes to round out the first season, all available on the same day.