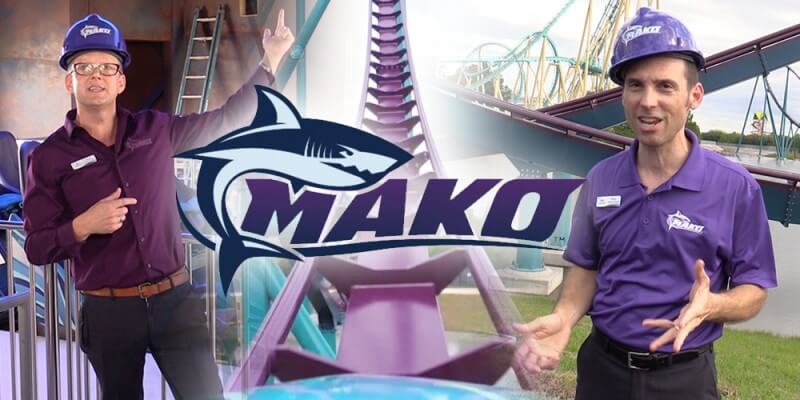 SeaWorld Orlando fans are in for a real treat!

We had the opportunity to go behind the walls for a sneak peek at the park’s all new and expanded “Shark Realm”, and things are looking awesome for both guests and our deep sea predator friends. With a special emphasis on conservation and helping guests realize the benefits of keeping sharks alive in the wild, the team at SeaWorld have been hard at work crafting a one-of-a-kind experience for shark lovers around the world.

Oh, and the roller coaster itself is awesome. Just thought I’d throw that out there.

I didn’t get a chance to ride the new coaster, but I spent a good time walking around the tracks and talking to the people who brought it to life. One special thing of note is the way roller coaster ends, with guests careening into a sunken ship and experiencing some really cool technical special effects to help emphasize the notion that “you are the shark”.

So, without further ado, check out a few videos of my experience learning about this spectacular new expansion to SeaWorld Orlando!

Here’s the official press release for those who may not be able to watch the videos:

Mako, Orlando’s tallest, fastest and longest roller coaster will surface at SeaWorld on June 10 and will be the centerpiece of Shark Wreck Reef – a newly designed realm that blends education and thrills, while immersing guests in an underwater world.

Shark Wreck Reef is designed to make guests feel they’re underwater and part of the group of sharks that have taken over a shipwrecked reef.

Inside the realm, guests will learn about the impact humans are having on sharks and why these animals are critical to the environment. Sharks are hunted for their fins — considered a delicacy in certain countries — and in addition, tens of thousands are caught accidentally in nets. Several species of sharks are on the verge of extinction.

As guests venture further into the realm and into the queue line they’ll discover a unique sound system that will enhance their experience.  An original Mako score can be heard and follows guests as they enter the loading bay and emerge from the station aboard Mako and up the lift hill.

At night, specialty lights will accent the coaster trains, realm and track, flickering and shimmering, simulating fish being scattered by a mako on the hunt.

Mako will be a hypercoaster, designed for speed and relentless “air time” and lures guests to brave it’s tight turns, steep drops and predator power speeds. Riders will climb up to 200 feet high – offering tremendous views of the surrounding area – before plunging to reach speeds up to 73 mph.

Continue to follow the Mako frenzy using the hashtag #NothingFaster. Visit SeaWorld.com/Mako for more information and updates on the new ride.

Are you guys crazy excited about the new hyper-coaster? Let me know what you think in the comments below!

Comments Off on VIDEO: Behind the walls at Mako, SeaWorld Orlando’s new hyper-coaster!