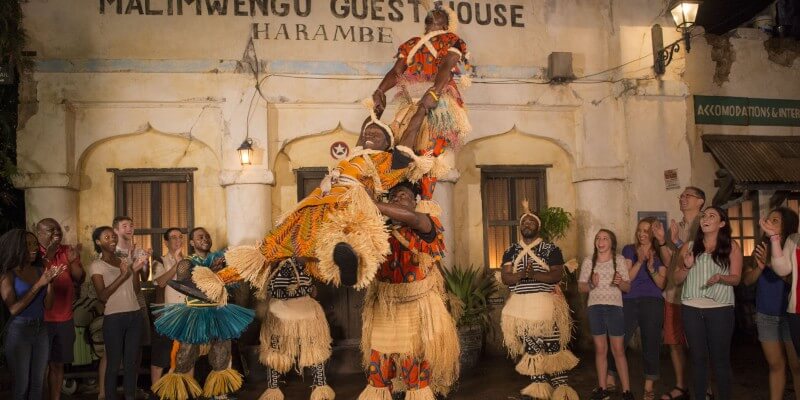 You folks ready to boogey down in the jungle?!

We’ve written a lot about the new nighttime festivities at Disney’s Animal Kingdom park (launching Memorial Day weekend), but we haven’t touched a whole lot on the wild nighttime party that’s coming to Harambe area. Lucky for you guys, Disney Parks Blog released some new information on what guests can expect when the sun sets and the village comes alive.

Enter “Wildlife Parti,” a time for wild animals to roam the open savanna and for party animals to take over the streets! The blog reports that during the festivities, guests will be able to experience “stunningly beautiful theatre district to its bustling marketplace, with the sights and sounds of outstanding local street musicians and entertainers, inviting us to join them in dance and song, partake in exotic foods and libations and explore the diverse wares of village artisans and merchants.” The Burudika Band will also be jamming out, performing original songs and keeping the party pumping! Not a bad way to spend an evening, right? Here are some other highlights of the wild new experience in Harambe:

Are you guys super excited to bring in the night “Animal Kingdom” style”? I know I am (bring it on)!