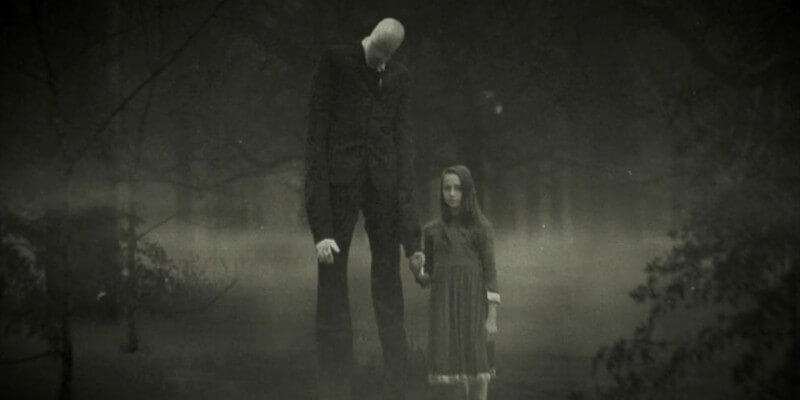 Any of the Slender Man video games (in particular) have caused me a great deal of anxiety.

If you can get through them without dying a little inside, awesome. But I’m usually ready to squeal and throw my iPhone at the wall within about ten minutes of gameplay. Now, it looks like the lore of the Slender Man is officially coming to the big screen! Who is this guy, you may ask? Screen Rant actually had a pretty good description:

The Slender Man is a fictional supernatural character that became an Internet meme after being created in a Something Awful forum contest, whereby website members were challenged with making everyday photographs appear paranormal. Eric Knudsen (posting under the alias “Victor Surge”) published two photos of children with an unnaturally tall, thin, featureless faced man stood behind them. Since then, stories about the Slender Man’s terrible acts have been composed and circulated online, with narratives commonly featuring the eerie-looking figure stalking and abducting people, particularly children.

Basically, as the character’s backstory grew deeper, it started to encompass literature, video games, etc. Now, Screen Gems has announced that they are in the process of bringing the haunting character to life in 2017. Thanks, Internet! The script will be penned by David Birke, and the film is looking to go into production in 2016. No word yet on a director yet, but I’ll keep you posted.

Are you excited to see a Slender Man movie? Let me know your thoughts in the comments below!