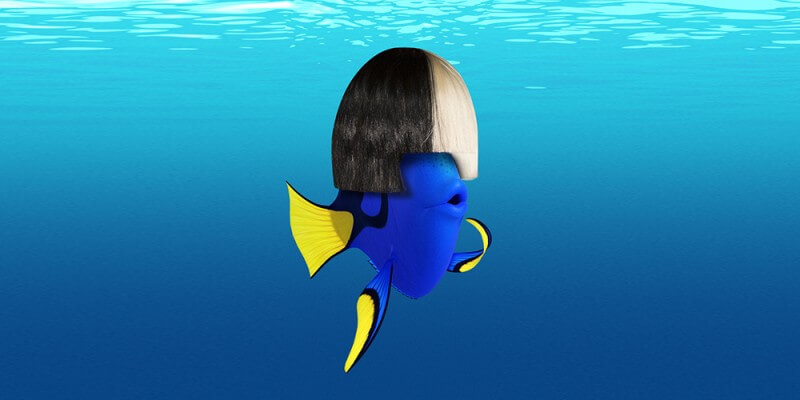 It was just announced that singer-songwriter Sia is officially on board Disney•Pixar’s Finding Dory! She’ll be performing the film’s end-credit song, “Unforgettable.”

The American songwriter Irving Gordon actually wrote the song in 1951, and in 1992 won a Grammy for it. The song remains a classic to this day and is particularly romantic at weddings. Five-time Grammy nominee Sia performs the song for the first time on today’s “The Ellen DeGeneres Show.” For those not in the loop, DeGeneres is the voice of lead character Dory in the movie.

“Dory’s story makes me teary,” said Sia. “When Ellen asked me, I couldn’t refuse!” Finding Dory director Andrew Stanton has actually been a huge fan of the Australian performer.

“In the same way Robbie Williams did his own unique twist on a classic song for ‘Finding Nemo,’ Sia captures the soulful truth of the Nat King Cole classic ‘Unforgettable,’ and makes it all her own,” said Stanton. “They are a perfect complement to one another, just like the two films.

“We couldn’t be happier, and are really hoping to get tickets to her October show at Oracle Arena in Oakland, Calif.,” the director continued. “Just throwin’ it out there.”

The Finding Dory soundtrack will be available from Walt Disney Records on June 17, 2016 — Finding Dory opens nationwide the same day.

Comments Off on Sia to perform cover of Irving Gordon’s “Unforgettable” for Disney•Pixar’s “Finding Dory” soundtrack!