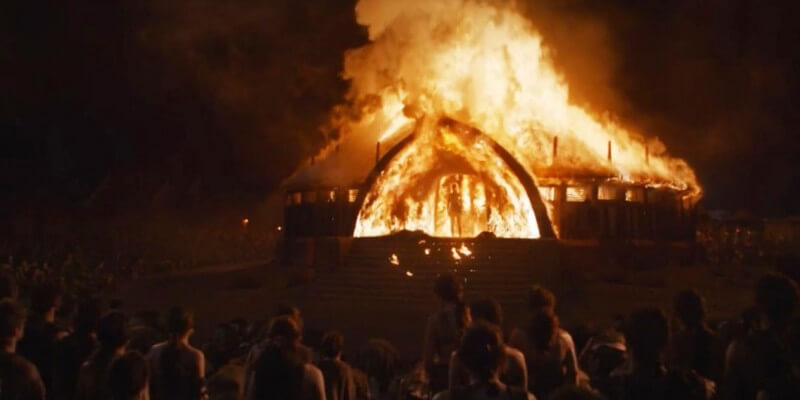 I can only guess how difficult it is to plot out the story of a heavily-serialized television show, especially if there is no end date set in stone. You know you want certain characters to end up in certain places at certain times, but there are some key events that need to be saved for the final act. If you don’t know when that final act will arrive, repetitiveness starts to become an issue.

Such is the case with the Daenerys storyline on “Game of Thrones.” I enjoy Daenerys as a character, and I find her ambition and agency as inspiring as the next person, but there’s only so many times I can watch her do the same thing over and over again.

Daenerys has alternated between drastically gaining and tragically losing power at least once per season since this series began, and it’s beginning to drain on me. I rolled my eyes when she became captive of another Dothraki horde this season, but I was willing to go with it so long as the outcome turned out to be something we hadn’t seen before. Instead, we got another CGI bird’s-eye crane shot of a giant army coming under her control. It feels like her part of the show is going around in circles.

Fortunately there are other things going on in this episode, such as the happy reunion between half-siblings Sansa Stark and Jon Snow. These are two characters who haven’t seen each other since the very beginning of the first season, and it was nice to have a Stark family reunion that didn’t immediately end in bloodshed for once. Although Sansa’s determination to retake Winterfell from the Boltons and save their brother Rickon will almost certainly end in someone’s death or dismemberment.

Down in King’s Landing, Cersei and Jamie have enlisted the help of the Small Council in eliminating the High Sparrow. The plan is for the Tyrells’ army to invade and take out the religious zealots before word gets to King Tommen, who has put in place an edict protecting the Sparrow and his followers from any harm. This is another story that I initially found to be fascinating, but has now felt like it’s gone one too many episodes without moving forward. But I suppose this is what it usually feels like around the middle of any given season of “Game of Thrones.”

Finally, as usual, this episode contained a shocking death, and one that I found genuinely upsetting: former wildling Osha, whose protectiveness of the Stark children had put her in harm’s way more than a few times. Unfortunately for her, this iteration found her in the arms of Ramsay, who was one step ahead of her previously-effective scheming. It seems he even went so far as to intentionally bait her with his own fruit knife, before turning the tables. Like many of Lord Bolton’s guests, Osha’s stay at Winterfell was a short and unpleasant one.

When the Daenerys narrative starts to radically shift from its well-trod course, I’ll stop being biased against “Game of Thrones” episodes that center around her. I’m looking forward to that happening, and maybe this week’s rise to power among the Dothraki (once again) was the event that needed to occur to make that happen.

Comments Off on REVIEW: What should be a triumphant liberation feels more like a rerun on “Game of Thrones” episode 604, “Book of the Stranger”