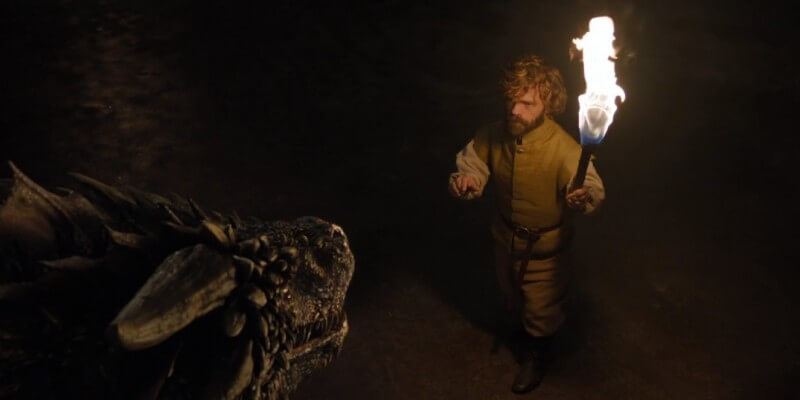 “Home” is one of the most generic episode titles that the writers have ever chosen for “Game of Thrones,” a series that has up to this point mostly relied on very specific turns of phrase (or the names of key characters or places) for the titles of its individual installments. But as a title “Home” is also perfectly apt: many of the show’s plentiful characters are at a place in their journeys where all they could ever ask for is a return to where they started.

This episode begins with Brandon Stark, paraplegic heir to Winterfell and mystical animal-possessing Warg, training with the enigmatic Three-Eyed Raven (now portrayed by “Star Wars: The Force Awakens’s” Max Von Sydow.) Since we last saw him over an entire season ago, Bran has evidently learned to look in on his family’s past via the use of his powers.

Bran astral-projects to his former castle some forty years prior, “A Christmas Carol”-style, and spies on his father Eddard and uncle Benjen as youths, noting that Ned never told him much about Bran’s aunt Lyanna—a suspiciously on-the-nose bit of foreshadowing, and a reminder about an important figure in “Game of Thrones” lore that we, the audience also haven’t quite been given all the information about. Elsewhere in Westeros, a newly re-humanized Theon decides not to accompany Sansa and Brienne to the Wall, as he desires only to return to the Iron Islands, where, little does he know, his father Baelon has been assassinated by crazy Uncle Euron.

And that’s not the only shocking death in this week’s “Game of Thrones”—the certifiably psychopathic Ramsay Bolton finally offs his own father Roose after learning that his position as firstborn heir is in jeopardy. And in an already-controversial scene, Ramsay follows through on murdering his stepmother and infant half-brother by releasing the hounds. It isn’t all doom-and-gloom in our favorite TV fantasy realm, however: Arya Stark has apparently completed Phase One of her Faceless Men training and is moving on from being a blind, homeless beggar on the streets of Braavos. Only Jaqen H’ghar knows what dangers await her in the following steps.

Off in Meereen, Tyrion makes an attempt to befriend the two dragons that Daenerys left chained up in the subterranean tunnels of the city. With the growing unrest and the recent destruction of their army’s fleet of ships, he sees Rhaegal and Viserion as the only option in the continued pursuit of a triumphant return across the Narrow Sea.

And the big reveal this week is the one that most fans predicted at the end of the season last year: Jon Snow is resurrected by a hesitant and unconfident Melisandre at the behest of Ser Davos. It feels a little rushed that Jon would only be dead for two full episodes before his revival, but perhaps his character will be altered by the transformation in such a way that will make the turn of events feel more necessary. I feel like they’re definitely drawing a comparison to the way Gregor Clegane was Frankensteined back into existence, resulting in him becoming far less than human.

But the conflict that I am personally the most interested in this year is the face-off between the fervent religious zealotry of the High Sparrow and Jamie Lannister’s ardent and passionate defense of his sister’s honor. That scenario, to me, holds a tremendous amount of dramatic potential. Two episodes in, and this season of “Game of Thrones” has already taken off like a rocket. Some loose ends from events in the existing novels are still being tied up, but it’s so exciting to have an open, otherwise-unexplored narrative for the show to play around in. I can’t wait to find out what happens next.

Comments Off on REVIEW: “Game of Thrones” revives its forward momentum in the second episode of season six, entitled “Home”