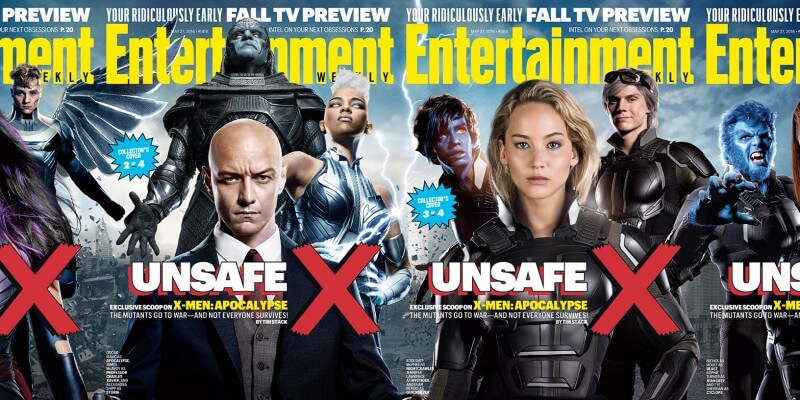 It’s only mid-May, and the summer movie season is already in full swing. Up next on the schedule, as far as blockbuster superhero movies go, is 20th Century Fox’s “X-Men: Apocalypse,” directed by Bryan Singer.

This week Entertainment Weekly is release a four-part cover devoted to the the large ensemble cast of characters in the latest entry in the long-running “X-Men” franchise, which began in the year 2000. “Apocalypse” is the sixth feature in the main franchise. When arranged adjacent to each other, the covers form a glorious, super-wide portrait of the entire cast.

The issue also contains a feature story about the movie, and interviews with the cast, ruminating on the experiences of making this and previous “X-Men” movies, and the future of the franchise:

“Even if this is the last one for me or for other people, you just are sort of grateful for the experience,” [James] McAvoy says. “I know I can speak for a lot of the other guys as well that it’s been a really positive experience for us professionally and socially and personally.”