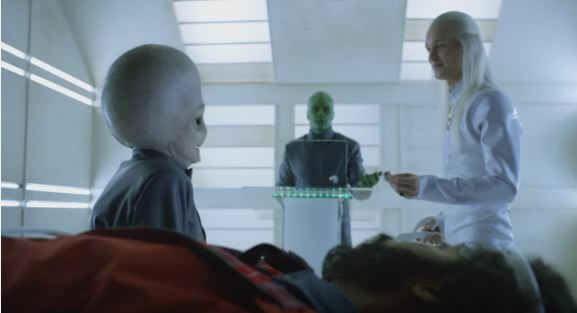 TBS takes a gamble this October as they launch a new comedy based on alien abduction. Co-produced by Conan O’Brien, the new series follows Ozzie Graham, whose own alien abduction prompts him to seek out and interview others with similar experiences.  He finds a support group for abductees and is drawn into their stories and experiences.

“People of Earth is an upcoming American single-camera comedy television series created by David Jenkins about a support group for alien abductees.  TBS ordered the pilot under the name The Group in May 2015 and announced a 10 episode order in January 2015” –Wikipedia The comedy is brilliant and deadpan in the trailer and reminds of the absurd yet biting humor of Douglas Adams’ Hitchhiker’s Guide to the Galaxy. It’s too bad (and still quite depressing) that Robin Williams and Douglas Adams have both already departed from life and this world. It would have been nice to see Mork and the author Adams have cameo roles in this comedy.