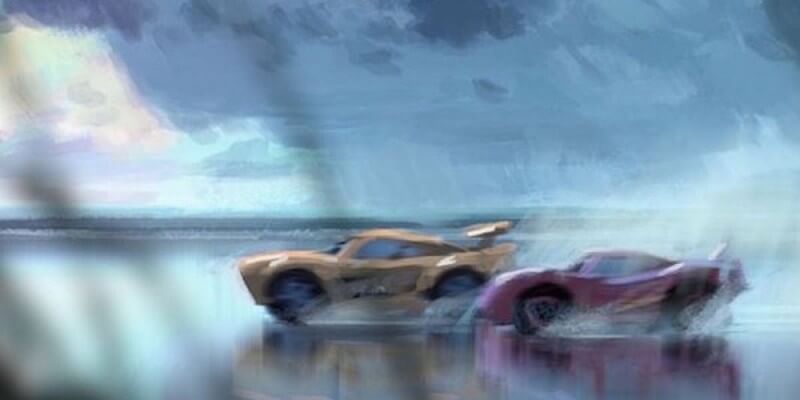 In about a year we will be back preparing to rev our engines for the third installment of the Cars movie franchise, currently scheduled for release on June 16, 2017.

In the first two installments of the Pixar movies we got to follow Lightning McQueen along as a rookie racing for the Piston Cup and then later zooming around the globe for the World Grand Prix. In Cars 3, McQueen will need some help to compete in the increasingly high-tech racing world. Brian Fee spoke to USA Today and had this to say about the new character: “Cruz Ramirez is trying to figure out how this old dog can learn some new tricks. Think of where he’d be in his career now in real time. (McQueen) is not an old man, but he’s one of the older cars on the circuit with new rookies coming in. People start to wonder and ask when he might retire.” According to USA Today another addition will be the upstart Jackson Storm.

“Jackson Storm is the face of these rookies who have come onto the scene,” says Fee. “And McQueen is in a position where his entire racing generation is being pushed out.  But it’s too early to be shown the door right now.”

Ramirez aims to help him adapt and close the technical gap. The duo prepare in the racing off-season for McQueen’s one chance to show he’s got the goods in the Florida 500 (the equivalent of the Daytona 500).

“Everyone can relate to feeling like someone is at their heels, that they might be a little outdated in something they used to be very good at, feeling an expiration date. And knowing you need someone to help you get a second chance,” says Fee.