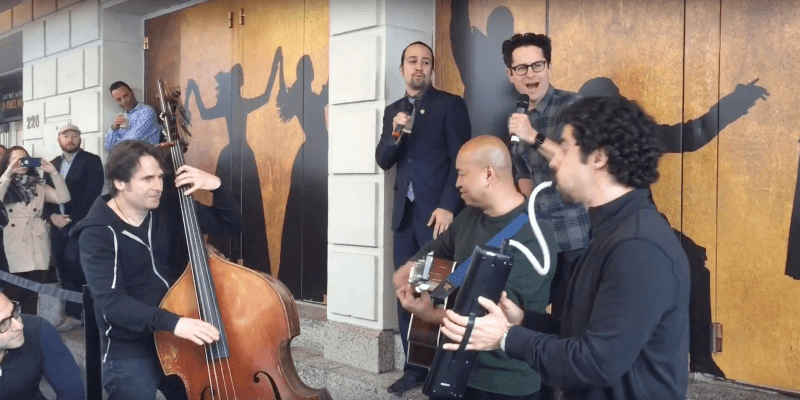 The sight of Star Wars: The Force Awakens director J.J. Abrams hanging out with Hamilton writer Lin-Manuel Miranda on the streets of New York singing a song from the movie could only happen on May the Fourth, also known as Star Wars Day.

Check out Abrams’ “Broadway singing debut” right here, along with Miranda’s explanation of why the song, which was written in Huttese, is essentially a Shaggy-inspired intergalactic remix.

The two collaborated on the song that can be heard playing at Maz Kanata’s castle as Han Solo, Finn and Rey make their prominent entrance. The talented duo also announced that you can hear it streaming for free over at Starwars.com or you can even purchase it on iTunes.