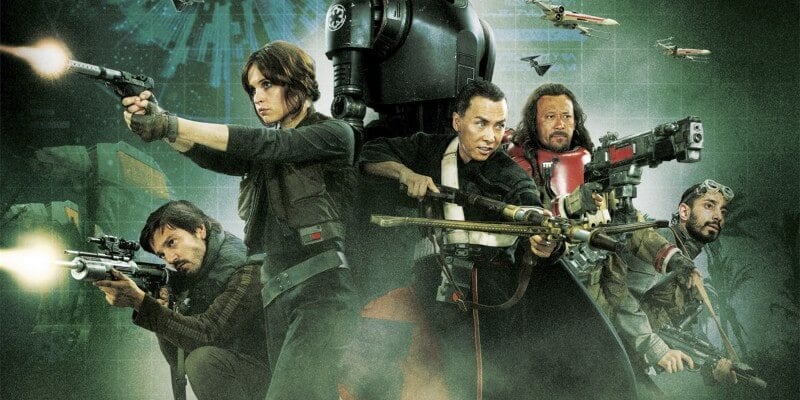 Well this blowout was unexpected!

Multiple sources have released images from a 10-page preview of the Rogue One: A Star Wars Story: The Official Visual Story Guide. It was originally released in the Edelweiss catalog as part of a Macmillan Winter 2016 preview, but we have our hands on the images and they are oh so sweet. The images give a detailed look into both the empire and the rebels, a few CGI alien characters  who will be joining our heroes, and a peek at Alan Tudyk’s droid character, who was originally aligned with the Empire.

Here are some of what can be gathered from the images (from a galaxy far, far away):

Well it sounds like we are not lacking in new characters to explore and fall in love with. Here’s hoping they are all utilize to their full potential and in this brand-new take on the Star Wars universe.

Check out the rest of the images — including a look at some all-new starfighters — below: As always, for the latest Star Wars news, stick with Inside the Magic!

Comments Off on PHOTOS: New character images from “Rogue One: A Star Wars Story” revealed!