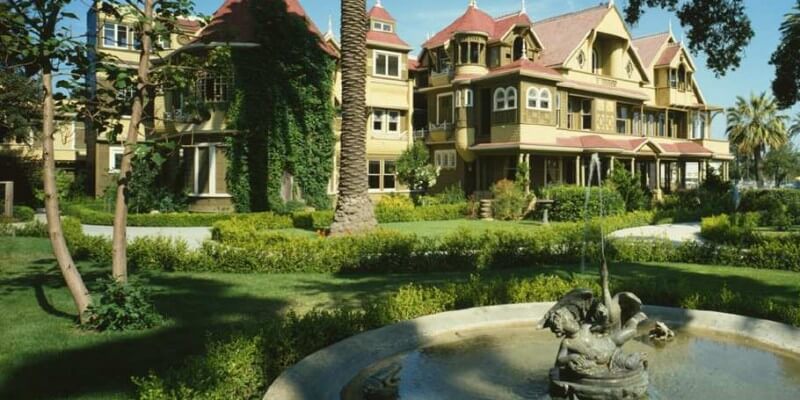 Construction on the now historic landmark began in 1884 and did not stop until Ms. Winchester’s death in 1922.  The home is famous for its stairways and doors that go nowhere; which were installed by design – Sarah Winchester believed, based on the advice of her medium, that the constant construction and convoluted passages would keep the spirits confused and away from her. By the time work abruptly stopped (the day she passed), some 10,000 windows, 2,000 doors, 47 staircases, 47 fireplaces, 6 kitchens and 13 bathrooms had been added to the mansion.

This bizarre round-the-clock construction and the suspect spirits that spurred the perpetual building will now be the topic of a forthcoming feature film. Helen Mirren is being eyed to take on the role of the demanding Sarah Winchester in a move planned for the Cannes film festival. Michael and Peter Spierig (Daybreakers) have been tapped to direct the ‘supernatural thriller’ and have already written its script.

According to the Winchester Mystery House site, this is the ONLY film authorized to shoot at the San Jose mansion (additional locations in Australia). Shooting Filming is set to begin later this year.