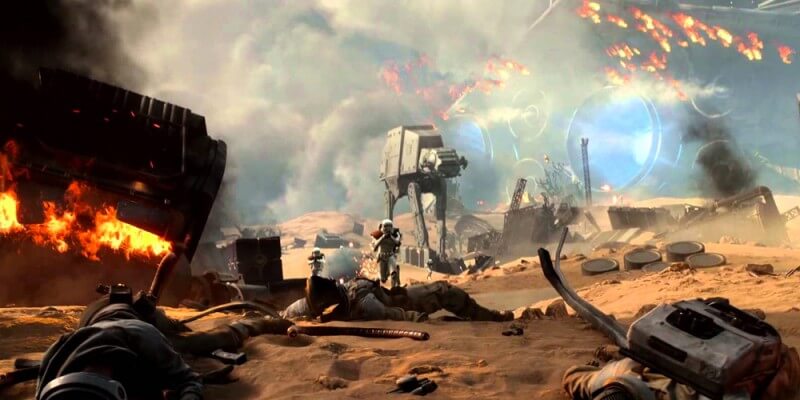 Who’s ready for another battle in the Star Wars universe?

It was recently announced by EA that a slew of sequels to the hit video game Star Wars: Battlefront were in the works. But we just got word that these sequels will indeed feature content from the new Star Wars films. This is clearly the best decision for business, as fans of the game have been begging for a little action in the modern Star Wars universe.

EA CFO Blake Jorgensen seems very enthusiastic about the follow up games, stating Star Wars: Battlefront 2 will feature “bigger and better worlds” that will include content from the new movies. Specifics weren’t given on whether the content would come only from The Force Awakens, or from Episodes VIII and IX. Or even the planned spinoffs Rogue One and the untitled Han Solo standalone movie. It’s up in the air, but there’s no doubt the series is in good hands.

It was also shared that the company plans to release one new game every year for the next four years, with the sequel to Star Wars: Battlefront hitting shelves next year.

What do you think folks? Are you primed for another Battlefront game, or are you worried the annual release schedule could generate franchise fatigue like the Call of Duty series? Let me know in the comments below!