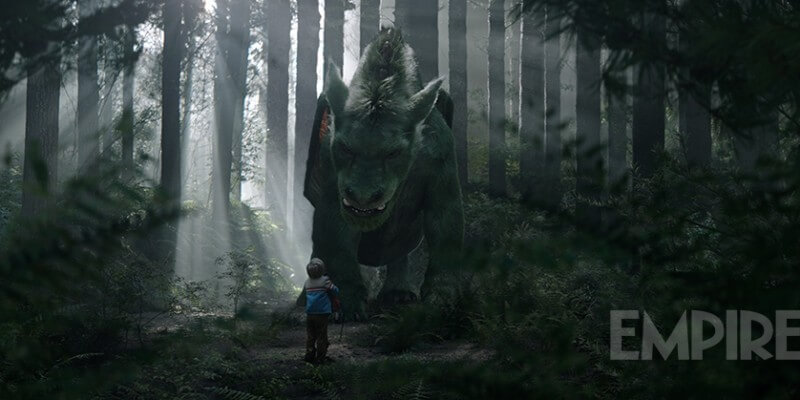 Director David Lowery had a clear vision in his mind about remaking the 1977 Disney classic “Pete’s Dragon” and updating the titular character. Thankfully it still involved green fur…and lots of it.

In an new interview with Empire, Lowery discussed his first pitch to Disney in the next film of their continuous push of live-action films as a means to remake animated classics or to expand on their story.

“When I went to pitch the movie to Disney, I said ‘I want him to be a furry dragon’. Pete is supposed to be cuddling up with the dragon, so let’s make him furry. I wanted him to feel not like a Game Of Thrones or Harry Potter dragon”, Lowery explains, hoping his “75% realistic” dragon will be one audiences want to take home.

“A lot of [Elliott] is a dog, because people relate to dogs, but I’m a big cat person. There’s a seagull in there, and a tiger. Ultimately, it comes down to trying to make a 20 foot tall pet.”

Speaking of this, ahem, pet, Empire also released an exclusive image of him.

So what do you think of his new look? Leave your comments below and stick with Inside the Magic for more news and updates!