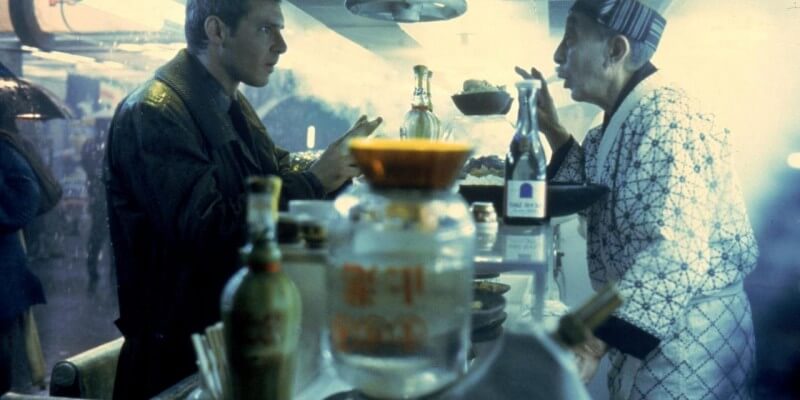 It’s not known if replicants will be welcome, but food mogul Anthony Bourdain (No Reservations, Parts Unknown) has been dreaming of more than electric sheep* with his bold vision for New York City’s giant Pier 57.

Bourdain envisions a Blade Runner – inspired Hawkers Market in the heart of the sprawling 1952 structure on New York’s Hudson River.  Bourdain will be sharing space with Google (who recently signed a lease for most of the property) and with the City of New York (which plans to turn the top level into a city park (and future home for the Tribeca Film Festival). According to the New York Times, the vast 100,000 square foot space will be a vibrant collage of cultures open all hours of the night and day.  A yet to be named full service restaurant will fill part of the destination-like food festival.  The rest of the space will have farmers markets, tapas bars, pastry shops, butcher shops and vendors from all over the world.  In what’s sure to be a foodie’s haven, the market promises to have the best in the world.  “If you want some fine Spanish ham and a glass of cava, you can get that,” he said. “But there will also be China Straits noodles,” Bordain told the New York Times.

One thing that the anticipated 20,000 daily visitors are NOT likely to see are chain restaurants or franchises.  What they can expect, in addition to the atmosphere of an Asian night market and almost any kind of food imaginable is the addition of culture and entertainment, according to the Times.

Anthony Bourdain’s bold vision for Pier 57 is set to open in 2017. Be sure to visit both New York Times and Consequence of Sound for more details and insight!

What kind of culinary delights would you hope to find at this diverse market when it opens?  Comment below.