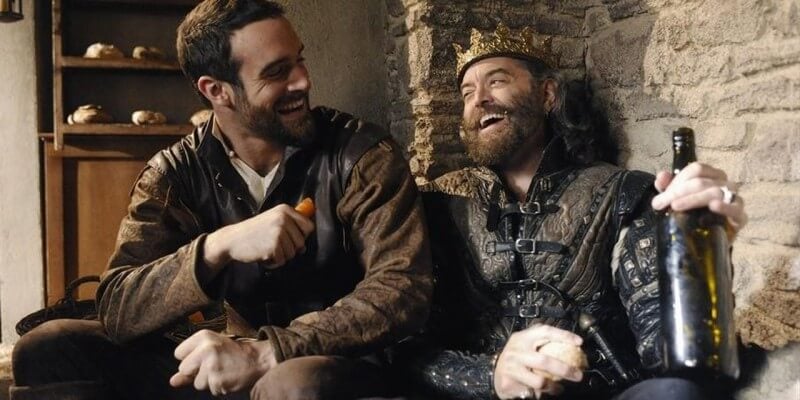 If you’re anything like me, you completely freaked out last night when ABC canceled the quirky, off-the-wall dramedy Galavant. Sure, the show was everybody’s cup of tea, but having grown up in musical theater kit, I was clearly the target market for this romp through a weird and wondrous tale.

Granted, ABC canceled pretty much their entire lineup — they cut the cord with Castle, The Muppets, Agent Carter, Nashville, and The Family. But GALAVANT though!

Looking at the numbers, it does tend to make sense. Apparently, overall ratings were very low and continued going down during season 2 — averaging only 3.1 million viewers and a 0.9 among adults 18–49 including DVR. That’s unfortunate, considering the fans that were into the show were diehards.

But all is not lost for our dandy hero. After the cancellation announcement, the show’s composer, Broadway/Cinema legend Alan Menken tweeted: “love to our cast, our writers, our fans” but he also hinted that Galavant “will live on in so many ways.” “Guaranteed.” “Stay tuned.”

Lucky for all of us, Menken didn’t keep us in the dark for very long, as he took the opportunity to answer a fan’s question regarding the fate of the franchise. You see, he was asked if there will be a potential stage version, to which the composer replied with a confident and resounding “YES!!” So there you have it! Galavant will be coming to the stage…somehow!

What do you think of this news? Let me know your thoughts in comments below!