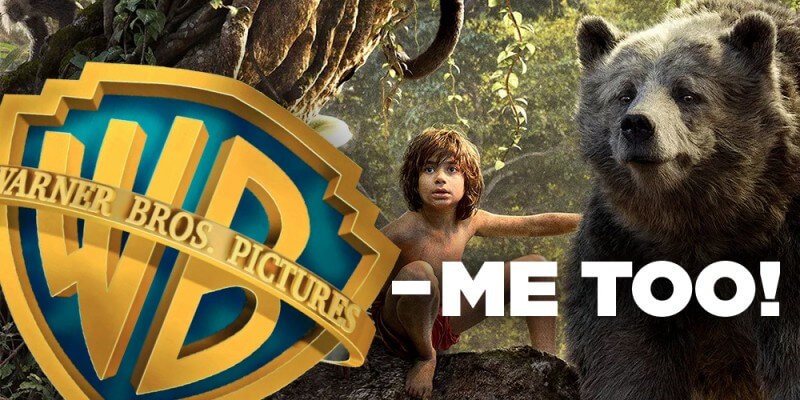 Wait, what? Yeah, you read that right.

While Disney and Jon Favreau’s live-action take on The Jungle Book is about to sweep into theaters, and most-likely become a raving success, Warner Bros. promises that they’re still pushing forward with their version of the classic jungle story — just…later.

The Hollywood Reporter states that, as it stands right now, Jungle Book: Origins, which will be directed by Andy Serkis, is moving back an entire year, from Oct. 6, 2017, to Oct. 19, 2018.

“I’ve got to say that personally I’m absolutely thrilled that Warner Bros. has changed the delivery date of our movie,” Serkis wrote Wednesday. “The ambition for this project is huge. What we are attempting is an unprecedented level of psychological and emotional nuance in morphing the phenomenal performances of our cast into the facial expressions of our animals.”

See, this sounds so familiar. I don’t know where I could have possibly seen interviews on nuance and “morphing a cast into animals” before. Wait! It’s been literally all over the internet and our television screens with Disney’s The Jungle Book. Now, my problem with this project doesn’t stem from being a Disney fanboy, but more with the lack of willingness from the executives at Warner Bros. to swallow their pride, trash this project, and devote big bucks to an original idea — or something worthy of fixing Batman vs. Superman.

We’re already about to have a new take on the classic tale, and 2018 is still close enough to the release of Disney’s movie that it absolutely will generate audience confusion and fatigue. Bet on it. Because Andy Serkis sure isn’t:

“So, every minute more that we have to evolve the technological pipeline will make all the difference. … The evidence is there already and it’s off the chain exciting, so hang on in there. …This is truly next-generation storytelling, and it will be the real deal!”

We’ll see. I enjoy almost everything Andy Serkis puts his hands on — my beef is with WB. What do you think of consuming yet another take on The Jungle Book? Let me know your thoughts in the comments below.