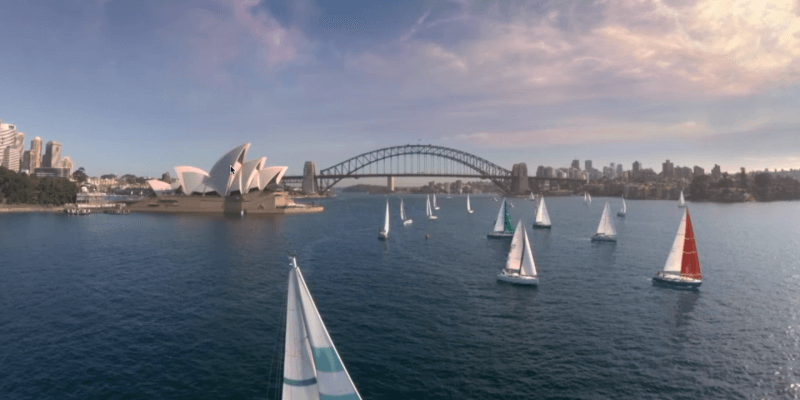 Fans are eagerly anticipating the return of the popular Soarin’ ride at Epcot since it was closed January 4 until this summer. Not only will a brand new film replace the original, but a third screen will be added in addition to various other enhancements that are planned.

At a special media-only event on Tuesday, Walt Disney World released some new information on the enhanced ride — which will now be called Soarin’ Around the World — as well as a short 20-second sneak preview clip featuring the Great Wall of China and Sydney Harbor in Australia.

The Orlando Sentinel had the chance to talk with Jason Grandt, art director about the improvements to the ride.

“We’re taking our guests on this epic journey that spans six continents and shows them some of the greatest wonders of the world like the Great Wall of China,” he said.

“The sights you’re going to see are going to be stunning, crystal-clear and unlike anything you’ve ever seen. Imagineering has sort of created this one-of-kind, unique camera system that delivers the highest resolution film imagery anywhere. … We’ve coupled that with a new laser projection system.”

Grandt also confirmed that there would be brand new scents replacing the old ones. Just as long as they don’t re-use that skunk smell from the nearby Journey into Imagination with Figment ride, then we’re good.