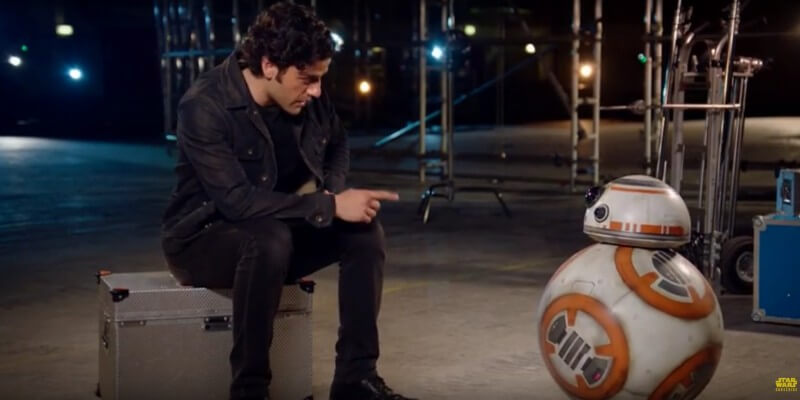 “Star Wars: Force for Change” has been the charity of choice for Star Wars fans ever since J.J. Abrams announced the project from the set of “The Force Awakens.” Since then, plenty of participants have won some very cool prizes, including the chance to appear in Episode VII itself.

But the campaign is far from over. In fact, in recent weeks Mark Hamill and Kathleen Kennedy have announced new fundraising goals and rewards for pitching to help make the world a better place. Now even Oscar Isaac (Poe Dameron) and everyone’s favorite new droid BB-8 are getting in on the action.

Here’s the official word from the “Force for Change” press release:

This week, the first four people to donate or raise at least $500 will have the chance to win a Star Wars prize pack including a BB-8 powered by Sphero, signed by J.J. Abrams and Kathleen Kennedy. Additionally, the top fundraiser this week has the chance to win a tour of Lucasfilm in San Francisco, with a screening of any Star Wars movie of their choice while there.

Additional prizes include an all-expenses-paid trip to visit Skellig Michael Island in Ireland, the location of the ancient Jedi temple in “The Force Awakens” (and, one can assume, in the forthcoming Episode VIII.)

Even if you don’t wind up among the prize winners, “Force for Change” is a very worthy cause, with an emphasis on supporting children’s education and healthcare. Visit the official CrowdRise site HERE to donate.