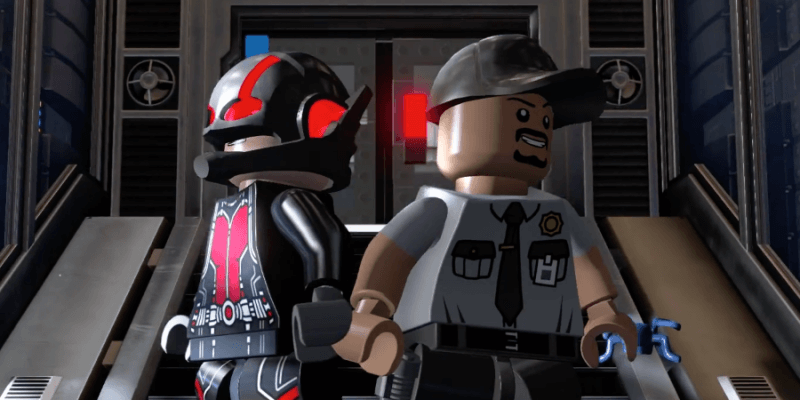 That’s right, a free brand-new DLC pack was made available for LEGO Marvel’s Avengers players on PlayStation platforms, and we have the launch trailer to show off some of the fancy features. The pack, based on the movie version of Ant-Man from Marvel Studios, includes several new characters and a new mission. Just when you thought you were done romping through the block universe, they pull you back in again!

It’s worth noting that the mission is based on the film, and is expertly narrated by Michael Peña, revising his role as the character Luis from the movie.

I don’t know about you guys, but I’m going to straight-up tackle my PS4 when I’m done writing this post. Will you be downloading the DLC? Let me know in the comments!