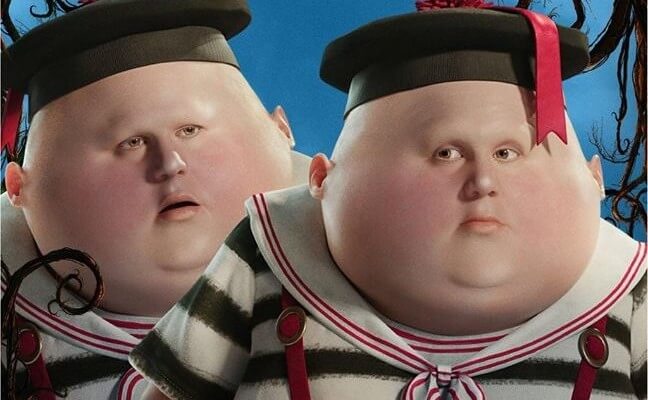 We’re a little over a month away from the release of “Alice Through the Looking Glass” the sequel to Tim Burton’s 2010 hit reboot “Alice in Wonderland.” The new movie is directed by James Bobin (“The Muppets,” “Flight of the Conchords”) and features most of the cast of the first movie returning to their characters, including Johnny Depp as the Mad Hatter.

Now the final trailer for the movie has debuted in YouTube, albeit only with Portuguese-language subtitles so far, and with it we get a closer look at the story, which involves a quest to save the Hatter and defeat the new villain Time, played by Sacha Baron Cohen (“Da Ali G Show,” “Borat”).

A new series of individual character posters was also released today, highlighting several of the film’s returning characters, including the Cheshire Cat, Absolem, and Tweedle-Dee and Tweedle-Dum. “Alice Through the Looking Glass” hits theaters Friday, May 27th.